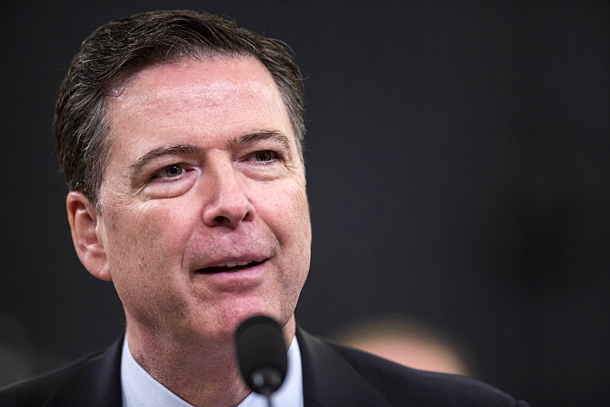 The U.S. Federal Bureau of Investigation is making extraordinary moves on President Donald Trump. The FBI recently started investigating the collusion between Trump’s campaign and Russia. At the U.S. Congress, FBI Director James Comey said, “the FBI must be allowed to follow the facts wherever they may lead.” His remark explains Comey’s inconsistent moves. In political engineering, Comey made the biggest contribution to Trump’s election victory. Right before the election, he was the one who reinvestigated Hillary Clinton’s email case, which was considered concluded. But if he was “following the facts” as he claims, it would not make sense to not reinvestigate.

How can the FBI follow facts? The FBI director’s tenure is ten years. Even when a president serves two terms, the FBI director’s term is longer. He gets handsomely compensated and doesn’t have to worry about what would happen after the service. He will only be evaluated based on what he accomplished during the tenure.

How about Korea? Since the National Intelligence Service was established in 1961, there have been 33 NIS chiefs, each serving an average of one and half years. Twelve of the 33 chiefs served less than a year. Some were inevitable, but most of them moved to other key positions in the administration or were replaced when the administration changed. Systematically, “following the facts” is futile. It is completely up to the personal courage to act according to his conviction.

Solid job security is not just needed for the independence of the watchdog. It is also necessary for continuity and stability of policy. The Bank of Korea’s Monetary Policy Board had a financial stability meeting on March 23. As the monthly board meeting was reduced to eight meetings a year, it was the first gathering of the year. The board discussed ways to stabilize household debt, which is considered a ticking time bomb in the economy. While the meeting is named “stability,” the members in attendance are not very stable. Their term is four years. The Federal Reserve Board members attending the Federal Open Market Committee, U.S. equivalence of the Monetary Policy Board, serve 14 years. Moreover, four of five appointed members of the Monetary Policy Board are replaced at once due to the coincidence of their term cycle.

Park Geun-hye has been impeached and couldn’t complete her term, so some may say that guaranteed tenure for a wrong person could be a problem. But not completing the term is a matter of tenure. What matters is how one is selected to a position. While a tenure should be guaranteed to allow sufficient time to work, thorough verification is required to select the most fitting person. If ungrounded concerns or anticipation outshine evaluation of competency, the right person cannot be selected. FBI Director James Comey is shaking the Republican administration, and if he were in Korea, he wouldn’t have been able to be the director because of political partiality. James Comey is a Republican.

Apple Pay available in Korea in pilot from Wednesday: Reports