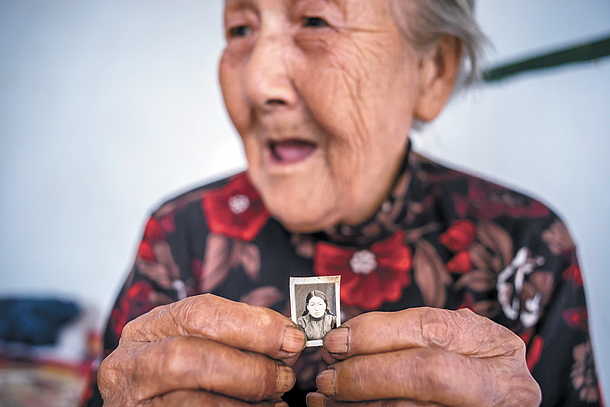 Chinese “comfort woman” Kao Heimao, 95, holds a picture of herself taken in her 20s. [AHN SE-HONG]

Over the past 17 years, photographer Ahn Se-hong has met nearly 140 Asian “comfort women,” a euphemistic term used to refer to women sexually enslaved by the Japanese Imperial Army during World War II . During the war, almost 200,000 women were forced to work as sexual slaves by the Japanese soldiers.

Starting from 2000, Ahn started taking pictures of comfort women and collecting their stories. “I just want the world to know the horror of war and that victims of Japanese wartime sexual slavery are still alive throughout Asia,” he said.

Consideration is most important in his work. He did not take pictures without the permission of his subjects. “I always take pictures quietly so as not to make them uncomfortable” he said. 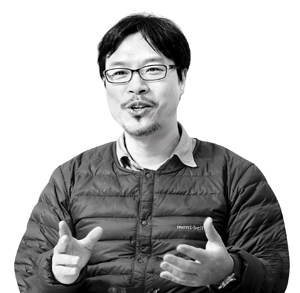 Ahn’s journey began in 1996. He recalled one elderly victim telling him back then, “We are not ashamed by what we went through. It is the Japanese who should be ashamed. Ahn said her remark left a profound impact on him, which he said still lingers. He met the woman at the Nanum House, a support center for comfort women victims, and worked there as a volunteer until 1999.

The journey to find comfort women victims was not an easy one. Ahn focused his search in Asia, where a majority of comfort women were from.

He went deep into the mountains and visited islands, funding his search with his own money.

Even if he found comfort women, it was not easy to work with them. He decided it was more important to simply listen to their stories and empathize with them rather than take their picture.

“Interviewing comfort women is like a puzzle,” he said, “in which each piece is a shard of pain.”

Lee Su-dan, a former comfort woman who died last year in China, did not make it home before her death. She was forced to serve in China during the war. After years of suffering, she became infertile. She later tended to a doll as if it were her daughter.

One of the comfort women in East Timor, who has Alzheimer’s disease, couldn’t speak about her story. But when her sister spoke on her behalf, she cried as if she remembered.

“Comfort women in Southeast Asia do not receive any form of government support,” Ahn said.

In 2013, Ahn published Gyeobgyeob, or “Layer Upon Layer,” a photo essay of comfort women. Starting with Korea, he opened comfort women photo exhibitions in New York, Paris and Berlin. The photo exhibitions were not always welcome. Nikon, the organizer for the event in Japan, cancelled the Tokyo exhibition due to backlash from Japanese conservatives.

The cancellation decision was dropped after Ahn took the case to court and won. A local court then ordered the organizer to hold the event.

“The tension was high on opening day,” he said. “The organizer had many security guards and had set up CCTV. I was threatened by some Japanese conservatives.”

But he said he had a glimpse of hope when he spotted a Japanese woman watching his work with her young daughter.

Ahn plans to have an exhibition in Korea in August and another in Japan in September.

“I will continue to record and tell the comfort women story to the world,” he said.