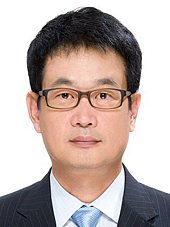 The alumni association of Chevening, the U.K. government’s international scholarship and fellowship program, in Seoul elected Chang Yoo-taek, director at Oriental Brewery Company, as its new chairman, the British Embassy announced on Thursday.

The Chevening Scholarship offers financial support for a one-year master’s at any university in the United Kingdom to recipients selected by the British embassies and High Commissions. Some 46,000 have studied with the scholarships, including 1,100 alumni from Korea, in fields including politics, media, science and technology, business and academia. Chang is the sixth chairman to be elected in the alumni association in Seoul. As a Chevening Scholarship recipient in 2005, Chang studied at the University of Oxford for an MBA.