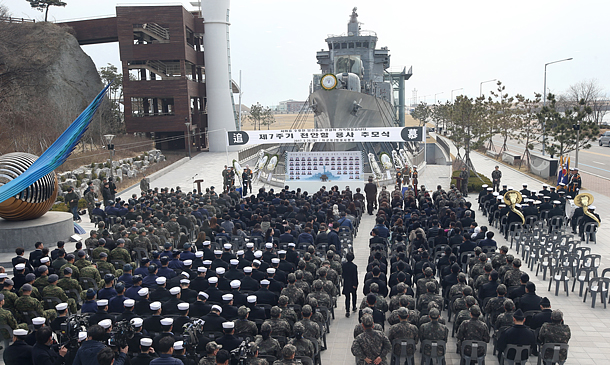 Soldiers attend the seventh anniversary commemoration of the sinking of the Cheonan warship Sunday at the Navy 2nd Fleet Command in Pyeongtaek, Gyeonggi, with the ill-fated battleship in the background. The 2010 attack on the corvette by the North Korean military left 46 sailors dead. Pyongyang denies responsibility for the deadly attack. [YONHAP]