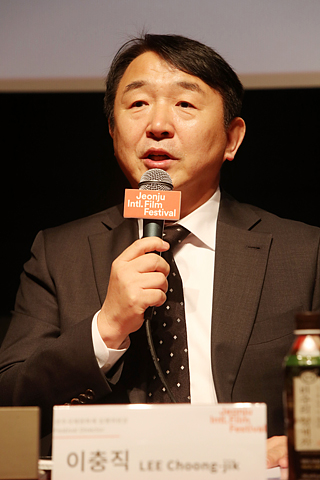 Screenings of the largest-ever number of films and a number of experimental and socially critical films are among the highlights in the line-up of this year’s Jeonju International Film Festival (JIFF), organizers announced on Monday.

Launched in 2000, JIFF is now recognized as the largest festival of indie and art-house films in Korea. The 18th edition of the festival is set to run at five cinemas in the North Jeolla city of Jeonju from April 27 to May 6.

This year’s event will screen 299 titles from 58 countries around the world, the largest in the festival’s history, which includes the opener “On Body and Soul” by Ildiko Enyedi, according to the festival authority.

The tender love story set in a slaughterhouse won the Golden Bear top prize at the 67th Berlin film festival last month. It tells about the budding romance of two people who share a recurring dream.

The JIFF will close with “Survival Family,” the latest by the Japanese director Shinobu Yaguchi known for “Waterboys” (2001) and “Swing Girls” (2004).

The comedy film is about the journey of a Tokyo family across Japan in the chaos of a nationwide electrical breakdown.

The festival organizers created the “front line” section for screening titles full of imagination and innovative style and dealing with controversial subjects.

Among the movies chosen for the section was “City of Ghosts,” American director Matthew Heineman’s critically acclaimed documentary about the extremist group Islamic State, or ISIS.