Park Chan-wook given the key to Florence

Park Chan-wook given the key to Florence 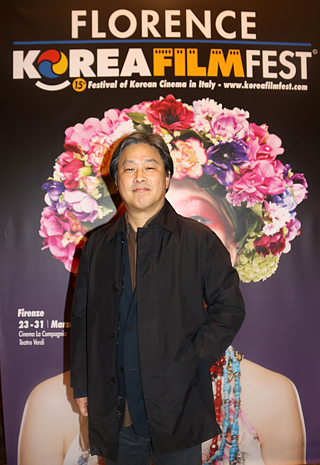 Korean movie director Park Chan-wook was bestowed an award from the Italian city government of Florence in recognition of his role in connecting the cultures of the two countries and his contributions to the development of culture and art.

Florence Mayor Dario Nardella presented the Key to the City honor to Park in a ceremony held on Saturday in Cinema La Compagnia, Florence.

Park is the first Korean who has received the city award which is conferred on world-renowned artists.

Late Italian operatic tenor Luciano Pavarotti is one of its notable awardees.

“I am delighted to receive it in this city, the heart of the humankind’s culture and art. I feel I have joined the line of artists who have embellished Florence,” Park said after the ceremony. “I hope Italians could get to know the South Korean culture through Korean movies as much as Koreans love and cherish Italian culture.”

Park is in Italy to attend the 15th Florence Korea Film Festival that opened on Thursday. Park’s latest work “The Handmaiden” which was released in 2016, was screened at the theater La Compagnia earlier on Saturday.

The “Old Boy” director is wel- known in Italy for his films, highly acclaimed in European film festivals such as Cannes and Venice.