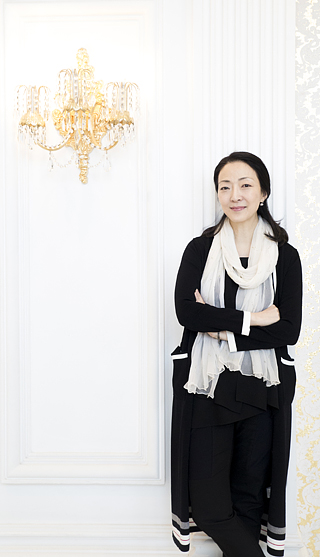 There are two major ballet companies in Korea; the Korean National Ballet and the privately-run Universal Ballet Company (UBC). While the national ballet company strives to highlight the best the country can offer, UBC has been making efforts to prove that a private troupe can also grow into a global company whose dancers move on to renowned ballet companies across the globe, and in return, attracts dancers from around the globe.

This year marks the 33rd anniversary of UBC and to grow its global reputation, the country’s first private ballet company decided to live up to its name and become truly universal by lifting restrictions it had on the number of foreign dancers in the company.

In the past, about 20 percent of UBC’s dancers were foreign. But now, about half of UBC’s 70 or so dancers are from overseas, with many new foreign entrants this year from 15 different countries ranging from Italy and Israel to Sweden and Kazakhstan.

“UBC has always had foreign dancers in the company,” said Julia Moon, director of UBC. “In the beginning it was because we didn’t have enough dancers, especially male dancers, so we had no choice but to bring in foreign dancers. But now, Korean ballet has grown to such a high level that there are many dancers who want to come and join our company.”

In order to take the company forward, Moon says it was crucial for them to open the company up to great dancers of any nationality.

“We are adopting this system not because foreign dancers are better. That absolutely has nothing to do with it,” said Moon. “It’s more about being open, and having an international framework of mind and a global attitude.”

Another endeavor for Moon, who’s been running the company since 1996, is to create an infrastructure that is a virtuous cycle, not just for her own company but the nation’s ballet industry as a whole.

“Back in the 80s, a ballet dancer wasn’t regarded as much of an artist. When a child dreamt to become a ballerina, let alone a ballerino, parents scolded them saying that dancing is a vulgar thing to do,” she said. “Things have improved and perceptions have changed and now, Korean ballet dancers are some of the bests in the world. But if recent years have been all about raising the level of dancing and prominence, the goal for the next 30 years should be creating jobs for our young ballet dancers.”

That is why, despite being a stable private ballet company, Moon established the Ballet STP Cooperative, together with the directors of four smaller private ballet companies in Korea including the Seoul Ballet Theatre, Lee Won Kook Ballet, Seo Ballet Company and Wise Ballet Theater, to support each other, develop an audience and the country’s ballet industry as a whole.

Since 2012, the five companies have been organizing performances where they can perform together as a group and in 2015, it began the annual Suwon Ballet Festival.

This year’s festival kicks off on Aug. 31 and runs until Sept. 4 at the 1st Suwon Outdoor Concert Hall. Five ballet companies and some other smaller ones will perform must-see scenes from classical and drama ballets including “Swan Lake,” “A Midsummer Night’s Dream,” “Giselle” and more.

To learn about UBC and the country’s ballet industry as a whole, the Korea JoongAng Daily sat with Moon on Thursday at her office in Gwangjin district, eastern Seoul. The following are excerpts from the interview. 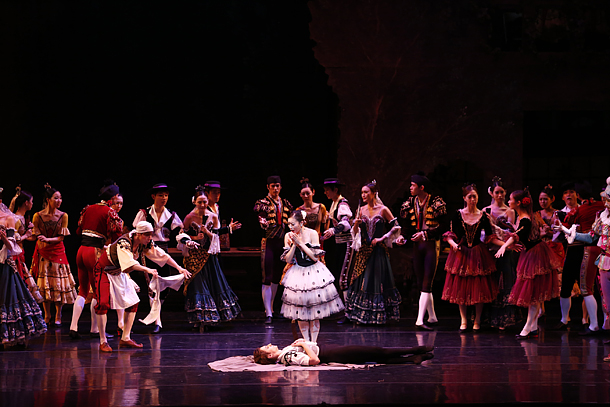 UBC’s “Don Quixote” will run from April 5 to 9 at the Haeoreum Theater of the National Theater of Korea in Jung-gu, central Seoul. Gantsooj Otgonbyamba, a Mongolian dancer who joined the company this year as a soloist will play Basilio on April 5. [UBC]

Q.Honestly, you did not need to join the Ballet STP Cooperative as UBC is already so large and stable and it is doing well on its own. What was the reason behind joining?

A. There are multiple reasons and it’s a long term project. There are talented dancers in Korea that will soon retire from the ballet companies. But they need to have somewhere to go. In doing so, smaller regional companies, like the other members of the STP Cooperative, should become more stabilized while increasing in numbers as well. Of course dancers can work in other countries too, but if they could come here and use their talents to create new work and raise new dancers in cities across the country, it will raise the level of the whole country. Korea needs to develop that aspect of the culture of ballet, to go beyond just dance and performance. So I think the STP Cooperative is very important in that aspect. Korea is a very difficult place for ballet dancers because it’s not like the U.S. where people donate a lot to the arts. Therefore, we need to stick together and support each other. It may not sound like it’s helping UBC, but in the long run, it’s good for the company because I would like dancers who retire from this company to be able to use their talent in their home countries. When UBC first started in 1984, we were also small and began in poor surroundings. If these smaller companies can get a little bit of support, they can grow so fast. In the next 10 to 20 years, you’ll never know what these smaller companies will grow into.

It’s been about 20 years since you began running the company. Looking back, what achievements and struggles do you remember the most?

I can still remember in 1998 when we made our debut in New York. It was our first overseas tour and Korea’s first as well, presenting Korean ballet to the U.S. I remember the time, I was with the dancers backstage as I was dancing and directing at the same time. We were so nervous wondering if we could really make it with all the famous critics of New York there. Thankfully, we did great and received great reviews. It was an opportunity for us to understand that we too are at an international level.

One struggle that I had was probably between 1996 and 2001 because I was still dancing and trying to do administrative work in running the company as a director. This is something that I would not advise - to dance and try to run the company at the same time. It took a toll on my dancing and yet I was not able to give all my energy to administration either. It was like having one foot in either door and you sort of feel torn. The energy you have to have as a dancer and as a director are completely the opposite. That’s why I decided to retire in 2001 and put away my pointe shoes for good.

You’ve introduced a number of modern pieces to UBC. Is this one of your goals for the company?

We didn’t stop at modern ballet but went as far as introducing modern dance, including choreographer Ohad Nahrin’s piece “Minus 7.” I tried to go through all the major contemporary choreographers that Koreans must see and that dancers would love to perform. Of course it’s important to have balance and draw up a repertory that the audience wants to see and a repertory that dancers want to perform. I felt that it is very important to present not only classical pieces but bring in modern works as well as creating our own.

The vision of the company, ye-cheon-mi-ji, and the company’s goals are nicely framed here in this room. What does it mean?

It can be translated into “Heavenly art creating a world of beauty” in English. Although it was back in the day when ballet was disregarded, the founder of the company and the Sunhwa Art School believed that it is important to make the world more beautiful through art. I try to inculcate that belief to the dancers of the company and the students at the school that art is above you and you serve your art as an artist. Art should not be abused for your fame. It’s for a much greater purpose, which is to give back to the world and make the world a happier place through your creation, whether it be music, painting or dancing.