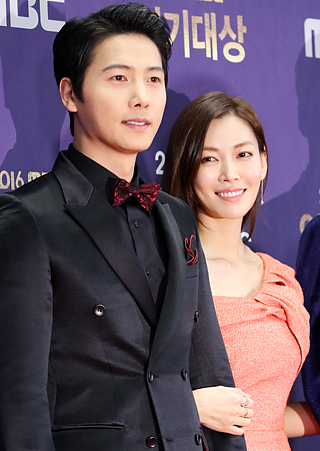 Lee Sang-woo and Kim So-yeon, both 37, will tie the knot in June after having played a married couple in last year’s drama “Happy Home.”

Agencies of the two actors confirmed rumors first unearthed by news group Dispatch early yesterday morning. Lee’s agency and Kim’s agency, HM Entertainment and Namoo Actors respectively, released a joint statement which said, “Actors Lee Sang-woo and Kim So-yeon decided to get married. The two held a meeting between their families yesterday, and are scheduled to hold a wedding in June.”

Lee and Kim began their relationship after playing a couple in MBC’s “Happy Home,” confirming dating rumors when the show wrapped.