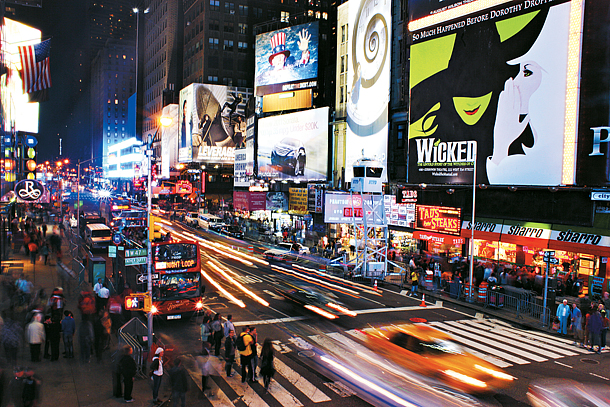 New York is the biggest tourist destination in the United States. Last year, 12.7 million foreigners visited New York. But this year’s tourism income is likely to decrease. According to NYC & Company, the official marketing and tourism organization of New York City, the number of foreign visitors to New York is going to decline for the first time in seven years, at least by 300,000.

It is not just New York. Tourism Economics, which forecasts the tourism trends of major American cities, predicts that the number of foreign visitors to the United States would decrease by 6.3 million in two years.

The cause is simple: President Donald Trump. His anti-immigration executive orders could result in more rejection of entry, and the unfriendly atmosphere towards foreigners is growing. So the number of jobs in the United States that Trump claims to value are decreasing, starting with the tourism industry.

Many experts say that the budget plan that the White House submitted to Congress for next year makes them question whether the president is really trying to make America great again, much less creating more jobs. Science and technology fields lament that the budget plan shows a 20 percent cut of research and development.

The United States has innovative world-class companies like Apple and Pfizer thanks to the free and rich research and development environment at state-funded institutes, universities and corporate research centers. Talented people from around the world settled in American society and have provided the fruits of innovation, allowing the United States to grow.

Let’s look at the National Institute of Health, which uses astronomical funding on research. As next year’s budget was cut by 18.5 percent, it will receive $5.8 billion. 1989 Nobel Prize in Physiology or Medicine winner Dr. Harold Varmus is trying to persuade Congress that the NIH budget cut would be devastating to the field. The NIS would have to reduce its research staff at the headquarters, and countless labs in universities that receive NIH grants would also suffer.

The National Oceanic and Atmospheric Administration (NOAA) is in a bigger trouble. Its budget for next year has been cut by 26 percent from this year to $126 million. The problem is that the 40 percent of the budget cut is on research and development. Trump especially opposes the Obama Administration’s environment policies, and to him, environmentally friendly policy is only an obstacle to growth. Economics professor Lee Branstetter of Carnegie Mellon University said that the days when steel factories were built in the Rust Belt and filled by high school graduates would not return, and President Trump was trying to turn back the technology clock.

While America’s innovation engine is cooling off, we need to find an opportunity. When outstanding talents become available in the research and development market, Korea should have the infrastructure and network to attract them. Chinese capital is already seeking talented researchers in the United States, and some universities are wary of Chinese recruiters.