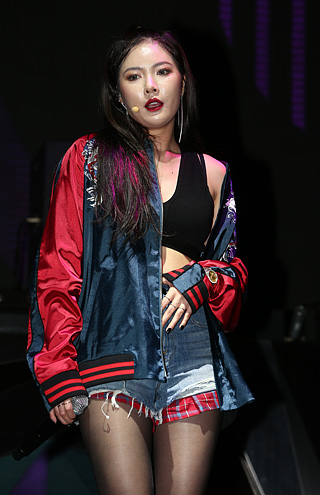 Singer and former member of now disbanded girl group 4Minute, Hyuna, is attempting to replicate the success she had being a part of the duo Troublemaker, with another unit scheduled to hit the charts sometime in May.

A source close to Hyuna said, “Hyuna will be the focal point of a new mixed-gender group, which will also feature a member from the same agency, Cube Entertainment.”

They were an instant success due to their provocative dance moves. Their first song in 2011, “Trouble Maker,” was an instant success, and their follow-up two years later, “No Tomorrow,” topped numerous charts.

Hyuna is the only member of 4Minute to renew her contract with Cube Entertainment. She recently held a fan meet in Seoul celebrating ten years in the music industry, and toured 8 cities in North America.