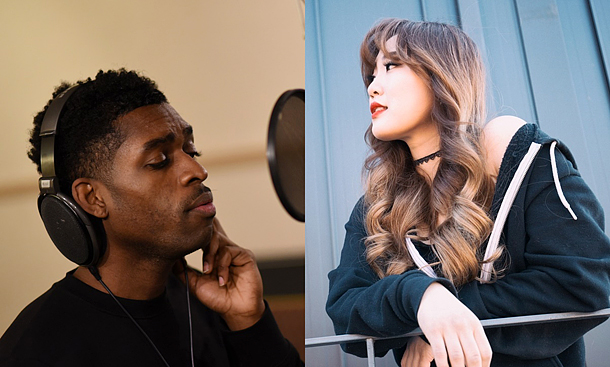 International YouTube sensation Jason Ray kicked off his musical career in Korea by releasing “About Us Part 2” featuring Kate of the band 2LSON, yesterday.

Jason Ray, based in the United States, first received attention after uploading covers of K-pop songs reworked with his own English lyrics. Due to his many Korean subscribers and fans, he was invited to join the sixth season of audition program “Superstar K” as a contestant.

Jason Ray reportedly recorded the song in Korea and had a hand in the production as well.

Whereas the first installment of the song saw Jason Ray sing of the sorrows after a breakup, the second installment finds Jason Ray turning back the hands of time to try and stop the breakup process, inviting Kate to play the role of the former girlfriend as they go back and forth confessing their feelings. Kate and Ray both met during the audition program as contestants and remained good friends.