Voice assistants get a bit smarter

Voice assistants get a bit smarter 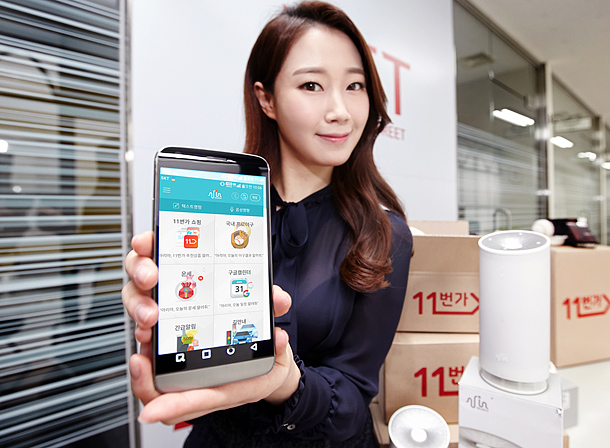 What’s in a voice? Everything, apparently, as Samsung Electronics has unleashed its most ambitious piece of software yet: a Siri-like voice assistant called Bixby that can let users browse the web and navigate apps on their phone just by simply speaking to the device.

The world’s top smartphone maker is touting Bixby as the core differentiator of its new Galaxy S8 smartphone, launched on Tuesday in New York. The voice assistant is said to go beyond existing tools on Apple and Android phones by being able to understand complicated queries and successfully fulfill tasks, as long as the request only involves Samsung’s native apps like the camera, contact book, photo gallery, messaging app and phone settings.

Bixby can be called up by pressing a dedicated button on the left side of the Galaxy S8 or saying its name. One of many things it can do that existing voice assistants like Siri cannot is create a new album and move selected photos into a new album on request. Other voice assistants that use AI technology, by comparison, can activate apps but can’t perform or can only do a limited number of tasks in-app.

The ultimate goal of Bixby is to fully control smartphones through voice commands, though touch and text commands will still be offered for user convenience.

To quickly expand its service and fulfill tasks on more apps, Samsung aims to team up with third-party apps in the near future. Soon, Bixby may be able to respond to commands like, “Find a picture of a cake from my KakaoTalk chat app and order it through 11st,” which would require cooperation from Kakao and 11st, an online retail site.

Bixby also boasts image-recognition capabilities on top of voice recognition. This means it can provide information on products, restaurants and specific locations in photos or videos, and then link users to online stores that sell similar products.

“We will enrich [Bixby] with partnerships with other companies like Amazon for buying things or for displaying information about monuments,” Jean-Danie Ayme, Samsung’s corporate vice president for mobile in Europe, told CNBC Tuesday.

Engagement with shopping services will be possible in Korea, the United States and United Kingdom. In Korea, Bixby will likely link customers to Samsung Pay’s shopping app, while customers in the U.S. and U.K. will likely be linked to Amazon.

As Samsung is also a leading home appliances maker in the global market, the company hopes to apply Bixby to its refrigerators and televisions.

Samsung said the version of Bixby that it showcased at the S8 launch on Tuesday has not been enabled to its full potential and that over 3,000 engineers are still working on the software to optimize its function on the phone. While it is likely the voice assistant will be launched in time for the market release of the Galaxy S8 on April 21, Koh said Bixby’s release date will be finalized about a week before the phone’s release.

“Bixby will be available first in Korean then in English, Chinese and German in that order,” Koh said.

As the application of voice assistants has grown to encompass more business sectors, local competitors from various industries are also busy upgrading their technology.

On Thursday, SK Telecom introduced a new service for its voice-controlled speaker Nugu where customers can learn about and purchase products on SK Group’s online shopping affiliate 11st through Nugu.

Kakao, a fast-growing tech company in Korea and operator of the country’s most widely used chat app, KakaoTalk, unveiled plans on Thursday to set up a task force dedicated to AI development. “We plan to make our own AI platform and also release services and smart devices that work on the platform,” Kakao said.