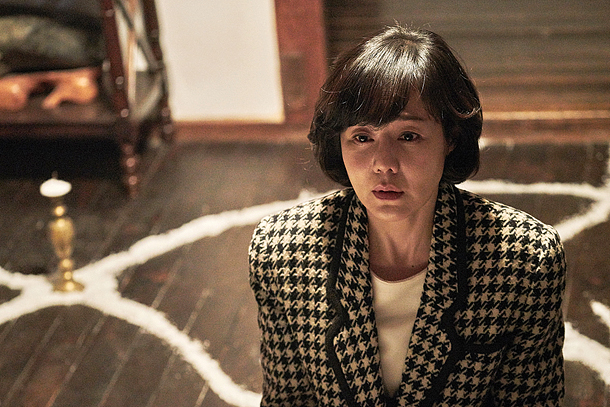 House of the Disappeared (15)

After serving 25 years in prison for the murder of her husband and kids, Kang Mi-hee, played by Korean-American actress Kim Yun-jin, returns home to search for the real killer. The only person she can trust is Priest Choi, played by Taecyeon of K-pop boy group 2PM, who is convinced that there might be someone else lurking in Kang’s house. Both suspect it was the lurker who killed her husband and kids, and the two embark on a search for the truth.

Kim is best known for playing Sun in the American TV series “Lost” and Young-ja in the 2014 hit film “Ode to my Father.”

Jang Jae-hyun, who directed the 2015 supernatural thriller “The Priest,” wrote the script for this movie.

Kim Nam-gil plays a lonely insurance investigator, Kang-soo, who is in a hopeless state after losing his wife. One day, he meets a woman in a coma, Mi-so, played by Chun Woo-hee, whose body has been in a comatose state since she was seriously injured in a car accident. Kang-soo soon discovers that the woman he sees is not Mi-so but her spirit. As the ghost watches her still body lying on the hospital bed, she asks Kang-soo, the only one who can see her, for one favor.

Chun was nominated for best supporting actress last year at the Blue Dragon Awards for her role in the 2016 film “The Wailing” and won the Best New Actress award for film at the 2015 Baeksang Arts Awards for the 2013 movie “Han Gong-ju.” 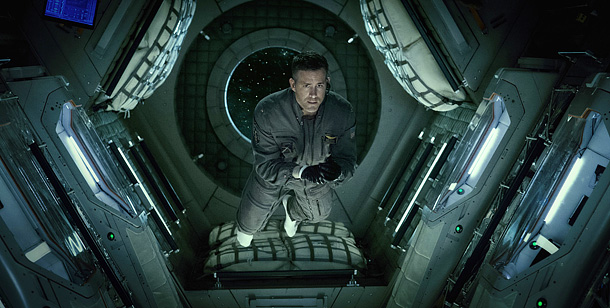 Six astronauts onboard the International Space Station discover a sample from Mars that could prove the existence of life on the red planet. But when the creature starts to grow and move, surviving by feeding off other organisms, it becomes a dangerous threat to everyone in the spaceship. Soon, it’s a race against time as the crew tries to get rid of the monstrous creature before it finds its way to Earth.

Jake Gyllenhaal plays the role of Dr. David Jordan, a quiet and pensive senior medial officer, and Rebecca Ferguson plays the role of Miranda North, a quarantine officer. The Swedish actress is best known for her work in “Mission: Impossible - Rogue Nation” (2015) and “The Girl on the Train” (2017).

Paul Wernick, the Canadian producer who wrote the screenplay for the 2016 superhero film “Deadpool,” was a co-writer of “Life.”

The singer-songwriter behind the springtime hit “Cherry Blossom Endings,” which manages to find its way to the top of Korean music charts every March, is the subject of this new documentary about his life post-fame.

Jang Beom-june offers viewers an intimate look at his musical career since leaving the indie band Busker Busker in 2013. The film takes audiences to his public performances on the streets of Seoul and the quiet environs of his music studio where he is still producing new music.

Jang’s journey from amateur musician who could barely read music scores to composer of one of Korea’s most ubiquitous songs was all but serendipitous. After Busker Busker appeared on the music survival show “Superstar K” in 2011, the band instantly became a huge hit, especially after the release of “Cherry Blossom Endings.”

The documentary “Cherry Blossoms, Again” reveals Jang’s untold stories about his hit songs, and the trials and tribulations of his meteoric rise. 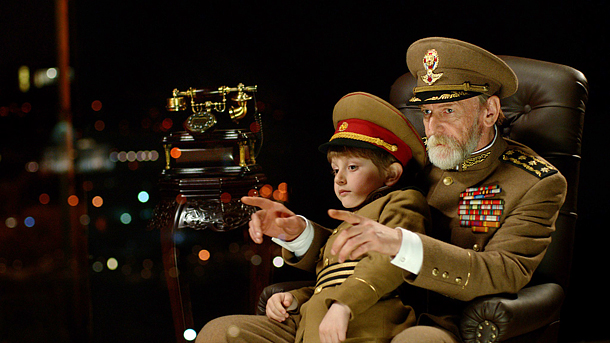 A brutal dictator, played by Mikheil Gomiashvili, instantly loses everything when he is deposed by revolutionaries. His entire family flees overseas, save for his young grandson, played by Dachi Orvelashvili, who is unaware of the chaos happening around him. Instead, the grandson begs for his grandfather to help him put on a play.

The dictator obliges, and donning a wig and guitar, he disguises himself as a gypsy to escape public attention. The innocent child and fallen leader begin a journey to reach the sea where a boat awaits to take them to safety. When the disgraced despot is forced to confront the atrocities he has committed in the past, he begins to recognize the error of his ways.

The Iranian director, Mohsen Makhmalbaf, got inspirations for this film when he visited the Darul Aman, a ruined palace in Kabul, the capital of Afghanistan. The film follows themes from his previous work “The Gardener” (2012), a poetic piece about an Iranian filmmaker and his son who travel to Israel to learn about the role of religion in the world.

“The President” was in competition at the BFI London Film Festival in 2014 and featured in the Busan International Film Festival that year. 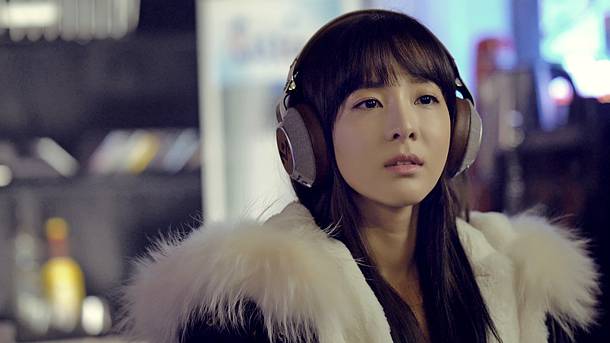 Si-hyun, played by Sandara Park, suffers amnesia after being seriously injured in a car accident. She is unable to live as she used to and suffers from colored hearing, a condition where people interpret sounds as colors.

Si-hyun moves in with her friend Ji-won, played by Hong Ah-reum. When Ji-won’s brother hears Si-hyun’s humming, he starts writing the notes on music scores and gives them to Si-hyun, hoping it will help restore her memory. A failed songwriter Jee-il, played by Han Jae-suk, offers to help, and thus begins a musical journey to help Si-hyun complete her memory.

Juhn Jai-hong, director of “One Step,” is best known for directing the 2011 thriller “Poongsan,” which he wrote and co-produced with acclaimed filmmaker Kim Ki-duk. 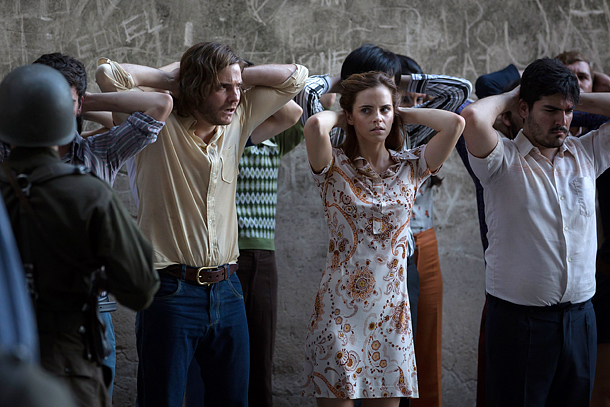 Based on a true story, this movie is set in Chile in the middle of a military coup in 1973. Lena, played by Emma Watson, and Daniel, played by Daniel Bruhl, are a young German couple who become entangled in the coup.

Daniel is abducted by the Chilean secret police, the DINA, and Lena tracks him down to find out he was involved in an organization called “Colonia Dignidad.” This group presents itself as a charitable organization run by a preacher, but it is actually a notorious cult organization run by Paul Schaefer, an ex-Nazi criminal played by Michael Nyqvist. No one has been able to escape from this cult. The organization is where political enemies of General Pinochet, the mastermind of the coup, are tortured and killed. Despite the fact, Lena joins the group and finally finds Daniel, who acts disabled to go unnoticed.

British actress Emma Watson is best known for her role as Hermione Granger in the “Harry Potter” series. She most recently starred in the Disney film “Beauty and the Beast,” playing the role of Belle.

Swedish actor Michael Nyqvist is known for his role as a villain in the Hollywood blockbuster “Mission: Impossible - Ghost Protocol” (2011).