A look at the struggle ‘comfort women’ still face : Documentary aims to tell story of victims living through pain

A look at the struggle ‘comfort women’ still face : Documentary aims to tell story of victims living through pain 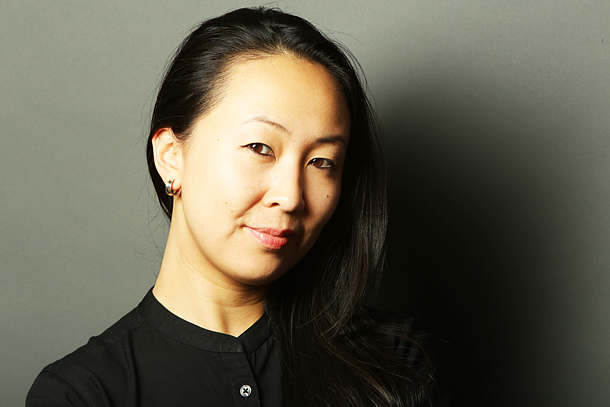 Tiffany Hsiung is a Chinese-Canadian director who made the documentary “The Apology,” which objectively looks into the current lives of three “comfort women” from Korea, China and the Philippines. [TIFFANY HSIUNG]

Instead of trying to delve into their past and going through their painful experiences, the documentary depicts the three women living through their difficult memories as ordinary grandmothers.

For Adela and Cao, revealing their deep-rooted pain to others, especially to those who are closest to them, has never been easy. Adela could never confess to her own husband and it took a long time to tell her children about her painful past because she “was very ashamed as a woman to be raped.” Cao similarly never talked about her painful past to her adopted daughter, who also was too afraid to ask.

Though Gil was more open about the issue by attending the weekly protests outside the Japanese Embassy in central Seoul, her pain remains.

“Will [Japan’s] apology heal the wounds [of our hearts]? No. But at least it will slightly make us feel better. And that’s why I’m waiting for that day,” Gil calmly says in the documentary.

To discuss the documentary and the three grandmothers at the center of the film, Hsiung met with the Korea JoongAng Daily for an interview. Below are edited excerpts.

Left: The head of the Korean Council for Women Drafted for Military Sexual Slavery by Japan Yun Mi-hyang, left, and a Korean “comfort woman” Gil Won-ok. Right: Adela from the Philippines. [GRAMFILMS]

Q. As a Chinese-Canadian director, when did you learn about the comfort women issue? How did you feel when you first learned of the history and what drove you to make it into a documentary?

A. I first learned about the “comfort women” history in 2009 preparing to go on a study tour by Toronto Alpha (now called Alpha Education, which is an educational NGO in Canada that promotes a critical-historical investigation of the events of World War II in Asia). I was hired to document and film Toronto Alpha’s Study Tours across Asia. As the study tour made its way up to Nanjing, Beijing, Harbin and finally ending in Seoul, the experience was overwhelming and at times infuriating. The survivors of military sexual slavery, who were old and weak, would travel to the various conference halls or universities to testify in front of groups of strangers. We didn’t know much about these women before they poured out the entire details of rape and abuse they endured. As the Study Tour began coming to an end I started questioning the way we were exposed to the grandmothers’ stories and the problematic cycle we were continuing to churn like ‘how exactly does this break victimization for the survivors?’ So instead of coming back home after the Study Tour, I decided to stay in Asia until I could figure things out. I needed to really get to know these survivors for who they really were, before it was too late.

How did you convince the three grandmothers to appear in your documentary? I presume persuading Cao and Adela was particularly difficult since they were not even willing to open up their secret to their family.

I never had to convince any of the grandmothers. Every grandmother that I met, specifically Grandma Cao and Adela, really just wanted to have a companion beside them to talk with freely and without fear of judgement. I believe the time I spent with both Grandma Cao and Adela allowed them to feel safe and comfortable to talk about whatever was on their mind.

It took you six years to complete the documentary. What was most difficult while shooting and what did you feel while working with the grandmothers for such a long time?

The most difficult thing over the six years was the race against time and never knowing whether the grandmothers will still be with us when we returned to visit them. Because I spent time not just with the grandmothers but also their families and support groups, I felt I was part of some many families.

The three grandmothers seem to have very different personalities. Can you describe how it was to work with each of them?

Grandma Cao and her relationship with her adopted daughter reminds me of my mother’s relationship with my grandmother. At the age of six my mother too, never knew why she was given up for adoption. This sat with my mom for many years, never wanting to bring it up to my grandmother or her other relatives. So for me to see Grandma Cao choose not to remember in front of her daughter was difficult to watch.

When I see Gil Won Ok Halmoni (grandmother) my heart melts with affection, admiration and respect. Her body language alone tells its own narrative as she literally shrinks in size each time we visit her. She teaches me resilience and strength each time she pushes her 89-year-old body out the door and in front of the Japanese embassy in Seoul every Wednesday.

Grandma Adela and I were incredibly close and I shared with her a lot of myself and my family. Because she hadn’t told her children what had happened to her, I never really met any of her children until later.

You choose to focus on the victims’ present lives instead of delving into their past like most comfort women films do. Why?

I believe in order to truly understand the impact that these atrocities had on the survivors, one needs to know the aftermath and their current lives today as they still face shame, stigma and silence. But most importantly I wanted people to get to know each of the women and see their incredible resilience and strength and draw inspiration from them as they continue to fight for justice both publicly and internally.

As much as it involves history, you must have been cautious while working on the documentary.

Throughout making this documentary we were always very cautious to not make a film that is against Japan in anyway. There are thousands of supporters and allies that have fought alongside the grandmothers since the beginning that are Japanese. The point of the film isn’t to point fingers at who is right and who is wrong, which I think that many films that talk about atrocities and history tend to do. We always strived to make a film that focuses on the human story that everyone can relate to and draw from.

What will your next work as a director be? Do you have any plans to include comfort women issues again in your future works?

My next film will actually be a film that I started 12 years ago. It delves into a more personal story about finding my own grandmother after my mother was separated from her when she was six years old.