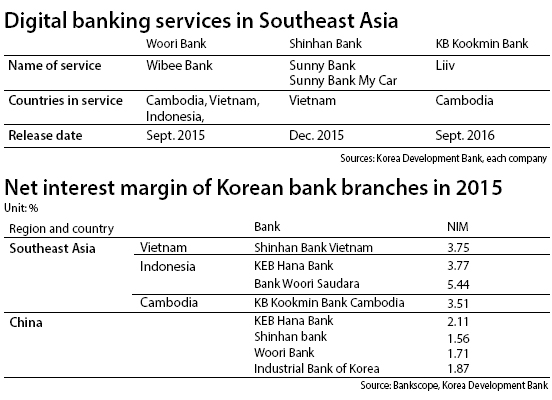 When Cho Yong-byoung took up his post as chairman of Shinhan Financial Group earlier this week, he laid out his “2020 vision” of becoming the top financial group in Asia in three years.

Shinhan is not the only company with such ambitions as KB Kookmin Bank and Woori Bank are also seeking expansion beyond Korea’s borders. Driving their efforts are nontraditional methods of banking, notably mobile banking and financial technology, or fintech, and they’re focusing on one particular region: Southeast Asia. 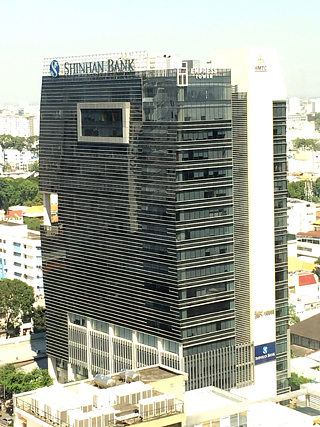 As of 2016, major Korean commercial banks have a total of 53 business networks in Southeast Asia, including 13 direct local subsidiaries, according to a recent report by the research division of the state-run Korea Development Bank. The primary markets include Vietnam, Indonesia and Myanmar.

“The reason why Korean banks increasingly enter the Southeast Asian market is because of its high growth potential, rising demand for financial services due to infrastructure development … and potential for better earning rates than the Korean market,” Kang Myung-koo, a senior researcher at Korea Development Bank, said in the report. “However, the competition is intensifying with banks from China and Japan entering the market simultaneously. For this reason, in order for Korean companies to maximize their profit and gain success, Korean companies must enter the market while highlighting their strengths such as digital finance through fintech.”

The sentiment is shared by business leaders. “Before mobile banking, it was difficult for Korean financial companies to expand their channels in new markets,” said Cho of Shinhan Financial Group, Korea’s largest financial holding company. “Now, with the dawn of the information and communications technology era, we can tackle the foreign market equipped with digital means.”

Korean companies are gunning on fintech to compete against Chinese and Japanese counterparts and have been releasing digital services in Southeast Asia one after the other.

To show how important the market is to the company, Yoon Jong-kyoo, chairman and CEO of KB Financial Group, visited Cambodia in February to discuss the application of advanced digital banking technology in the Cambodian market with Chea Chanto, governor of the National Bank of Cambodia.

KB entered mobile banking in Southeast Asia relatively late compared to its Korean rivals. Woori Bank released its app Wibee Bank in Cambodia in September 2015 and has since expanded the service to other parts of the region including Indonesia and Vietnam. Woori poured in about 15 million won ($13,410) to develop and launch a digital banking service fitting the taste of Southeast Asian users.

Shortly after, Shinhan Bank launched Sunny Bank in Vietnam in December 2015 and has accumulated a user base of 44,000 since. The company says it doesn’t have concrete plans yet to introduce the service to other countries in Southeast Asia, but it is considering the possibility.

In Vietnam, Shinhan Bank boasts the highest number of brick-and-mortar branches among foreign banks operating there. Exploiting this network and know-how in fintech, Shinhan launched another service called Sunny Bank My Car last June. It is the first digital financing service for automobiles in Vietnam.

“The net interest margins of Korean banks in Southeast Asia during 2015 were 1.7 to 3.5 times higher than banks in the Chinese market,” said Kang at Korea Development Bank.

Shinhan, which recorded the highest profit among Korean banks in Southeast Asia, raked in $4.16 million from Vietnam in 2015, while net profit at the Chinese branch of Hana Bank, the biggest Korean earner in China, was nearly half that, at $2.54 million.