After all, life is a winding road

After all, life is a winding road 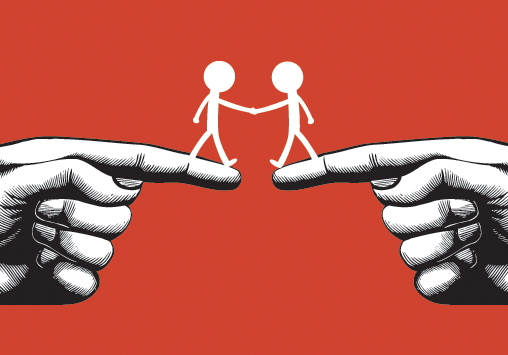 Recently, I read on a blog about young Americans who dreamed of becoming digital nomads but ended up trapped in cyber ghettos. Just 10 years ago, we had rosy prospects that digital nomads who were not restricted by physical locations and could freely work around the world would change the world.

A decade later, the mobile world has opened, but things are going the other way. Millennials are far less likely to change their addresses than young people in the 1990s. The main reason for relocation is marriage, but Americans are less likely to move as many get married late or remain single, just like in Korea.

In the past, people could meet others and exchange ideas and information as they moved around. But nowadays, we live in isolated environments and have contacts online, limiting social interaction with people with similar ideas. Structurally, the boundary of thoughts become narrower, and people become more biased.

The situation is not much different in Korea. In fact, it’s not just the young people but everyone seems to be trapped in a cyber ghetto. Many Koreans only exchange information that suits their taste on social media and attack those with different opinions.

When people only say and hear what they want, everyone should be happy. But in reality, we are all unhappy, regardless of what we have.

Some self-deprecatingly call themselves “born with a dirt spoon” and dream to escape “Hell Joseon.” Others want to immigrate to other countries as “all my life is denied in Korea.” While people have different reasons for feeling unhappy, they share the grudge, frustration and helplessness toward reality.

Roman philosopher Seneca said that you can feel despair anytime, but the wisdom is to distinguish when you can change the situation freely and when you need to embrace an unchangeable reality with peace of mind. In life, you are bound to experience a series of undesirable events. After all, a life is not an upward line but a winding curve. That’s why we need to focus on the changes we can make rather than being angry at things we can’t change.