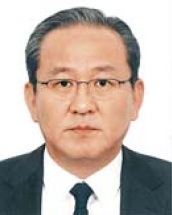 Kim Hyun-kyum, chairman of cruise company PanStar, has been appointed an acting president of Sea Power League of the Republic of Korea, a nonprofit organization representing retired marine officers and those in the maritime and fishery circles. An inauguration ceremony took place on Thursday for Kim, who formerly served as senior vice president at the organization.

Kim will hold the post until next March when a new head will be elected.