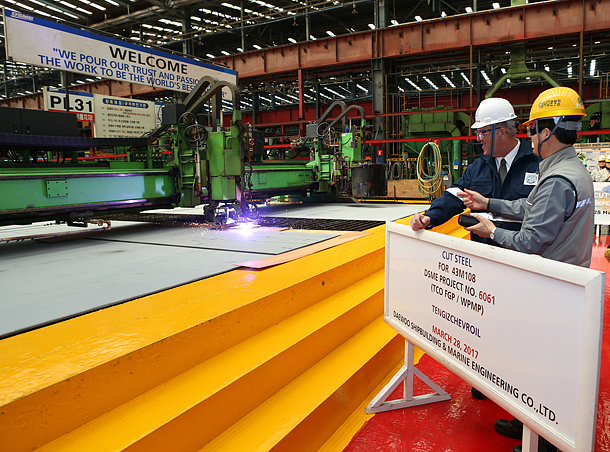 The National Pension Service, a creditor that holds the key for the success of Daewoo Shipbuilding & Marine Engineering’s bailout efforts, met to discuss debt adjustment for the beleaguered shipyard on Friday.

The state pension fund and country’s largest investor convened its first round of the investment committee meeting and will call several more before it makes its final decision as early as April.

The Financial Services Commission revealed new bailout plans for the debt-ridden company, suggesting that banks and other financiers lending credit to the DSME delay its debts, which are worth 2.9 trillion won, along with the option of a debt-for-equity swap.

The pension fund’s meeting came a day after the institution met with Korea Development Bank, the fund’s main creditor, and the Export-Import Bank of Korea.

There, the National Pension Service reportedly expressed concerns about feasibility and reliability of the data produced by state-run banks.

The Financial Services Commission and the two policy banks said that the collapse of the DSME could result in economic losses worth 59 trillion won.

But its credibility came into question upon research by Koje University, an education institute founded and run by DSME.

The National Pension Service demanded additional information and data including financial reports done by an outside entity, detailed corporate restructuring plan and the details of the so-called prepackaged plan. The plan is a type of court receivership advocated by the Financial Services Commission. The regulator said that DSME will head into the plan should the creditors fail to reach an agreement.

Meanwhile, creditors of the shipyard asked for a written pledge from the shipyard’s labor union to not launch any strikes during the process of corporate restructuring and debt arrangement.