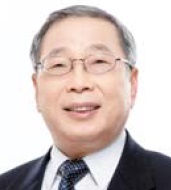 Shareholders and the company’s board of directors approved Choi for a second term, crediting him for turning around the automaker to a surplus last year for the first time in nine years.

SsangYong lauded Choi for leading the launch of the Tivoli sport utility vehicle, which became a lifesaver for the company, and for establishing more cooperative relations between the company and its labor union after taking office in March 2015.

“As new releases are scheduled for the next three years, I will put all efforts to secure growth engines for the company,” Choi said.