Kim Rae-won is working to find his ‘true colors’ : ‘Prison’ actor shaped his role and enjoyed fishing breaks with co-stars

Kim Rae-won is working to find his ‘true colors’ : ‘Prison’ actor shaped his role and enjoyed fishing breaks with co-stars 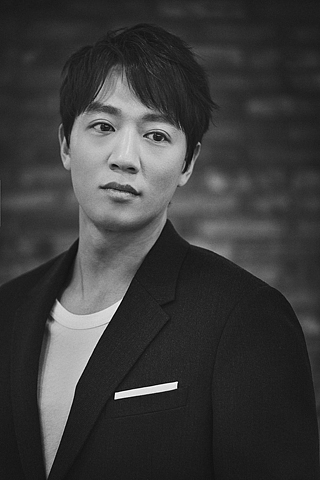 Actor Kim Rae-won, who played the handsome neurosurgeon in “Doctors,” has returned to play a former detective behind bars in action flick “Prison,” which is proving to be an unexpected box-office hit.

Despite the fact that March is generally a low season for the film business and the movie is R-rated, it’s quite a feat that the film drew more than 1 million moviegoers in its first weekend. According to the Korean Film Council, as of March 27, the film has attracted more than 1.37 million viewers.

Ilgan Sports, an affiliate of the Korea JoongAng Daily, talked to the 36-year-old about why he took on the role, his hobbies and future plans.

Q. What prompted you to participate in “Prison”?

A. I liked the script. It had a certain weight to it that I liked. In fact, when I was first proposed the role, Yu-geon was a serious guy. But to add to the fun, I suggested that we make him a somewhat dumb person. In the past, I used to think that I would never be in a rom-com. But I realized over the years that there’s nothing wrong with [a film or drama] having popular appeal. It was with that in mind that I suggested to revise the Yo-geon character.

The movie was actually shot in a prison. What was that like?

The energy and the ambiance of the prison was just so powerful, compared to a movie set. It was dreary and cold and it actually helped me better focus on my character.

I also made sure I felt familiar with the prison, which is why I would come early to the shoot and stay even after shooting is finished.

Did you improvise at times?

I did occasionally, but told the director it’s his call whether or not it will be used. It is the director that makes a movie and delivers the message he intends. Actors are a good tool and as long as the director and the actors are on the same page about what to deliver with the project, it’s okay [how it’s edited.]

It’s a male-centric film. What did you and the other actors do throughout the shooting?

I didn’t have any drinks with them, because it’s my rule not to. I actually turn off my phone as well when I’m in a project, completely isolating myself from the outside world. We did go out sometimes to get some food, play basketball at the court within the prison or go fishing nearby.

I heard that fishing is one of your favorite hobbies. How did you come to enjoy fishing?

I have liked fishing since I was young. I guess it’s partly because I’m quiet and enjoy solitude. Han Suk-kyu [who also starred in “Prison”] and I often go fishing together. We wouldn’t speak to each other a lot and just focus on fishing. After two hours or so, he and I would say “let’s get coffee,” but that’s pretty much [all the conversation].

What are your plans?

I feel cautious about saying this but I feel like there hasn’t really been a film that I consider to be “the film of my career.” People have told me that for male actors, when they reach their 40s, they develop their true colors. That’s part of the reason I can’t wait to age and reach my 40s. I hope to continue to shoot films. There are some that I’ve already shot but haven’t been released yet. But I will not stop. I would also like to participate in planning a film one day.