Lotte Group founder Shin Kyuk-ho, in 1987, thought it was time for Seoul to offer foreign tourists something other than royal palaces and traditional aesthetics.

“Korea should have a major landmark other than royal palaces,” Shin, now 95, said. “Tourism is a high-tech industry and will become a driving force for Korea in the future.”

Approximately two decades later, Lotte World Tower broke ground on a site across from the Jamsil branch of Lotte Department Store in southeastern Seoul. After 2,280 days or six years and three months of construction, Seoul government approved the tower for operation. Some 3,500 workers daily and 5 million in total labored on the project.

And today, the mega structure in southeastern Seoul, is finally unveiled.

The 555-meter (1,821-foot) high tower is the nation’s highest and world’s fifth-highest structure, taller than Taipei 101 in Taiwan and the One World Trade Center in New York.

It houses some eye-popping facilities such as the glass-floored observatory, located 500 meters above ground and top-notch hotel services where the food from room service is catered by a Michelin-star chef.

Combined with the adjacent Lotte World Mall and Lotte Department Store, the location becomes one of the nation’s biggest shopping complexes.

The tower also encompasses office space for Lotte affiliates and others designed to reflect the company’s new initiative to pursue a horizontal corporate culture, something rarely found in family-run conglomerates.

Located 500 meters above ground, Seoul Sky, the nation’s highest and world’s third-highest observatory is one of the main attractions for tourists and families visiting Lotte World Tower.

Going there requires a one-of-a-kind experience where visitors have to take a Sky Shuttle. The double-deck elevator, which has two cabins attached to accommodate a large number of people, shoots up from the ground level to the 118th floor at 600 meters per minute. It takes exactly one minute to get onboard and reach the observatory.

Along the way, passengers get a quick review of how Seoul developed from an ancient city of royal palaces to the metropolis it is now.

On a clear day, the observatory offers views as far as Songdo in Incheon and Seohae on the west coast. The two edges of the observatory are labeled Sky Deck and are installed with a transparent glass floor that gives the feeling of floating in the sky.

The floor is made of strengthened glass that measures 45 millimeters (1.8 inches) and can hold some 200 people weighing 75 kilograms (165 pounds) each.

The observatory houses a coffee shop on the 122th floor and a luxury lounge on the top level. Entrance fees are 27,000 won ($24.14). Seoul Sky aims to attract 2.3 million visitors this year.

Not much has been unveiled about this extravagant private office space between the 108th and 114th floors. Labeled Premiere 7, the seven floors can be rented only as entire floor units.

Based on the renter’s preference, the space could be used either as an office, residence or a banquet hall, Lotte Corporation said. Lotte founder Shin Kyuk-ho will reportedly occupy one of the floors. 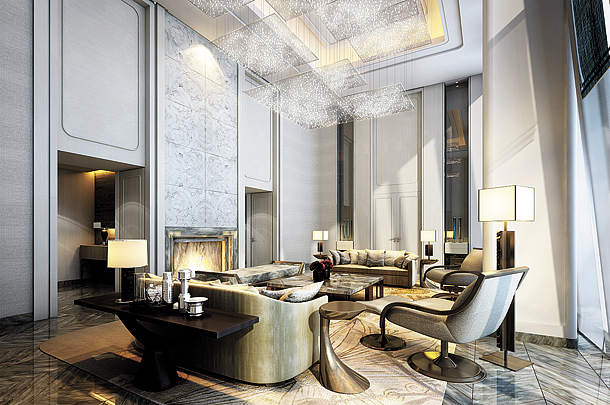 Signiel Seoul is Korea’s first domestic hotel brand to receive a six-star rating. It is the high-end brand of Hotel Lotte.

Its marble-adorned lobby is on the 79th floor of the building. It’s the second-highest hotel in the world.

The hotel also houses the nation’s highest swimming pool on the 85th floor.

Installed with 235 rooms decorated with a touch of Korea’s traditional aesthetics, prices for basic rooms start at 650,000 won per night. The Royal Suite on the 100th floor that measures 353 square meters costs 20 million won per night.

The hotel houses the restaurant Stay, managed by Yannick Alleno, a Michelin three-star chef from France.

On the 81th floor, Bar81 will offer a selection of 80 Champagnes and panoramic views of Seoul. The one-Michelin-star modern Korean restaurant Bicena, originally in Itaewon, has moved into the hotel as well.

The world-renowned Evian Spa will open its third Asian branch on the 86th floor.

Signiel’s Busan unit is scheduled to open in 2019. Lotte aims to expand its six-star hotel to major cities around the world.

From the 42nd to 71st floors are luxury residences, some with hotel services. Lotte Group Chairman Shin Dong-bin will move into one of the rooms after the turmoil involving former president Park Geun-hye and Korea’s conglomerates settles down.

The average parcel price is 70 million won per 3.3-square-meters.

There are 223 rooms, ranging from 133 to 829 square meters. On the 42th floor, there is a community space where residents can enjoy the sports and entertainment facilities.

There are fitness centers, pools and a sauna for residents on the 85th floor. 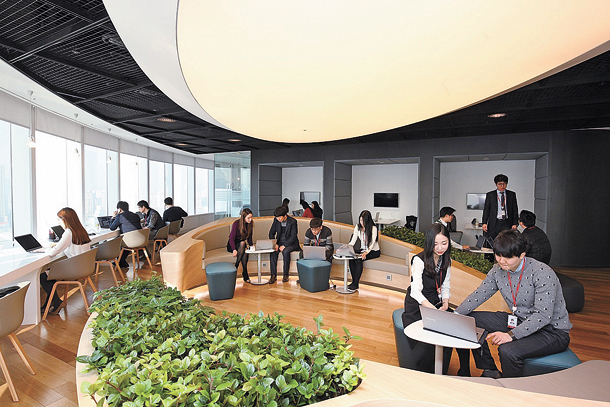 The 14th to 38th floors will accommodate offices, mostly the Korean headquarters of multinational companies, as well as Lotte Group affiliates.

Lotte Corporation became the first company to set up on the tower’s 19th floor. Under the slogan “Smart Office,” Lotte Corporation vied to do away with the traditional office space that has a rigid hierarchical system and partitions that reflect the culture with desks lined up in order of the employees’ positions.

Lotte Corporation implemented a free seat system. There are no designated seats, parcels nor desktops. Each employee is only assigned a designated locker room for belongings.

Offices of Lotte Chemical and Corporate Innovation Office which is in charge of the group’s long-term strategies will move into the tower in a near future.

The company also implemented a linear work-hour system where employees don’t have to come to work at a set time, but are just required to fulfill daily a nine-hour work schedule.

Only executives get glass-walled offices.

Descente Korea, a domestic unit of Japanese sportswear brand is also scheduled to set up in the office. 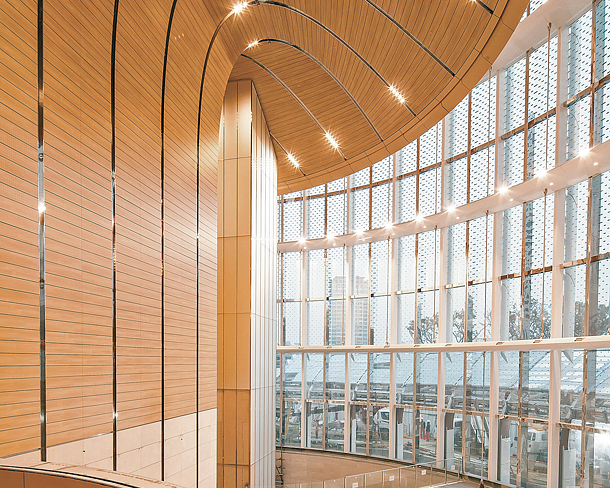 The base part of the high-rising tower accommodates facilities for the office workers and residents, but construction hasn’t been finished. There will be health-related and financial facilities such as a fitness center, hospitals and banks.

Lotte Duty Free, which has its Jamsil branch at the Avenuel building, will extend the store to the eighth and ninth floors. The Avenuel will be connected to the tower.

There are, of course, concerns regarding the ongoing row with China.

“It would be a lie if we said there is no influence of the Thaad controversy,” said Jeong Ho-suk, a Lotte Corporation executive. “But we have diversified overseas strategies to target America, Middle East and Taiwan.”