Wrangling erupts over whether to pardon Park

Wrangling erupts over whether to pardon Park 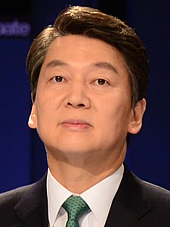 A controversy has flared among the presidential contenders over the possibility of granting a special pardon to former President Park Geun-hye, although the scandal-ridden leader, removed from office last month through impeachment, has not even been indicted.

The Constitutional Court confirmed on March 10, the National Assembly’s impeachment of Park for allowing her secret inner circle to influence state affairs for private gains. Park, identified as a primary suspect in 13 charges, including bribery, abuse of power and leaking national secrets, is currently undergoing an investigation by prosecution under detention. A local court issued a warrant on Friday to allow the prosecution to hold her for up to 20 days for investigation and indictment, and she was immediately sent to the Seoul Detention Center.

While prosecutors are planning to further question Park, politicians appeared to have ruled her guilty and are now using her fate for their campaigns. The presidential election to fill the vacancy of the Blue House will take place on May 9.

Ahn Cheol-soo, the presidential frontrunner of the centrist People’s Party, started the controversy on Friday. Asked what he will do with the possibility of granting Park a special pardon if he wins the election, Ahn said, “I will establish a committee to stop the abuse of presidential power to grant pardons, collect the people’s opinions and deal with it transparently.”

Ahn’s comments quickly prompted criticism from his rivals. The campaign of Moon Jae-in, the presidential frontrunner of the Democratic Party, said it is suspicious for Ahn to even talk about the matter since the trial has not yet begun. “Although his precondition was public demand, we wonder if his true intention was to pardon her,” said Park Kwang-on, senior spokesman of the Moon campaign. “We hope Ahn’s remarks are not an attempt to charm the obsolete forces that deserve to be dismantled.”

A deputy spokesman of the campaign also questioned on Sunday whether the People’s Party is forming an alliance with the conservative Liberty Korea Party, Park’s party, to win the election.

After the commentary from the Moon campaign, Ahn issued a rebuttal by posting a message on his Facebook page. “I am reconfirming my pledge that I will not arbitrarily exercise presidential power to grant a pardon to corrupt politicians and tycoons,” Ahn wrote. “Park has not been indicted, not to mention even standing trial. It is inappropriate to talk about the possibility of granting her a pardon.”

As part of his economic reform pledges on March 16, Ahn promised the independence of the Justice Ministry’s advisory committee on special pardons will be reinforced in order to prohibit a president from using special powers to pardon convicted businesspeople. Ahn said the review records of the committee will be made public in order to assess the decision.

Justice Party’s candidate Sim Sang-jeung attacked both Ahn and Moon for failing to promise that there will be no pardon for Park. “The idea of granting a special pardon for Park is no different from treating the people as dogs and pigs,” she said. “Ahn must say clearly that he will never grant a special pardon to Park if he becomes president.”

Sim also criticized Moon for maintaining an ambiguous position. Moon earlier turned down a request by his primary opponent, Lee Jae-myung. to pledge that there will be no special pardon for Park, saying it is premature to make such a promise.

Moon elaborated on his position Sunday, but did not give a definite answer.

When asked if Ahn’s pledge can also be considered as his alternative, Moon said, “The National Assembly can control the pardon process. We can also create more specific standards for pardon.”

He added, “Granting the special pardon is a presidential prerogative, but that was given by the people, so we need a definite system to guarantee that it will be exercised to serve the people.”

Lee’s campaign said Sunday that Ahn and Moon are politicizing the issue and that this is an insult to the people.