Women’s football team is in North

Women’s football team is in North 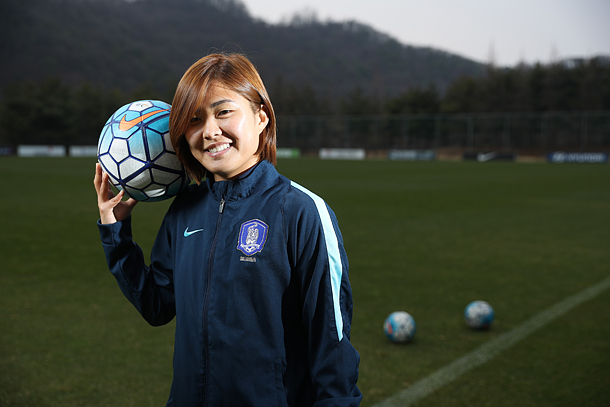 When Ji So-yun, midfielder for Chelsea L.F.C and the South Korean women’s national football team, told Emma Hayes, manager of Chelsea L.F.C., about her trip to North Korea, Hayes expressed strong concern for Ji’s safety. Despite Hayes’ worries, Ji was determined to join the team’s journey to North Korea. And it took a lot of convincing.

“When I told coach Hayes, she was truly worried about me,” Ji said. “And I told her that I would regret it a lot if I didn’t go. So I convinced her to let me go and represent the South Korean women’s football team in Pyongyang.” 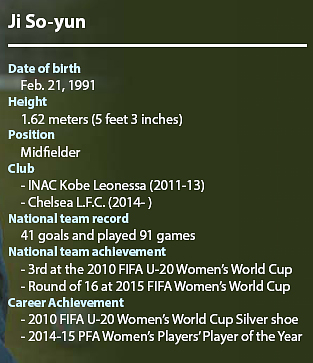 “I don’t think North Korea is better than us,” Ji said. “In our recent matches against North Korea, we either tied or had a close match. And our team gained confidence.”

Many North Korean fans are expected to show up at the Kim Il-sung Stadium, where all the games will be hosted, as the stadium can hold up to 70,000 people. To not get distracted by the fans’ cheers, the South Korean women’s national football team installed a giant speaker at Mokpo International Football Centre, where the team practiced.

“We’ll just try to think that they are cheering for us,” Ji said.

Ever since Ji first joined Chelsea L.F.C in 2014, she has been a starting midfielder. But despite her outstanding career, Ji was criticized for her poor performance at the 2015 FIFA Women’s World Cup and 2016 Olympics qualifying matches.

“I agree that I performed poorly during my time with the national team,” Ji said. “But I’ve scored many goals in important games. Fans’ criticism made me stronger.”

Ji has recorded the highest number of goals, 41, in Korean women’s national football since her national team debut in 2006.

Only the team finishing first in Group B will advance to the 2018 AFC Asian Cup as well as the 2019 FIFA Women’s World Cup. The South Korean women’s national football team will play against India on Wednesday, North Korea on Friday, Hong Kong on Sunday and Uzbekistan on April 11.