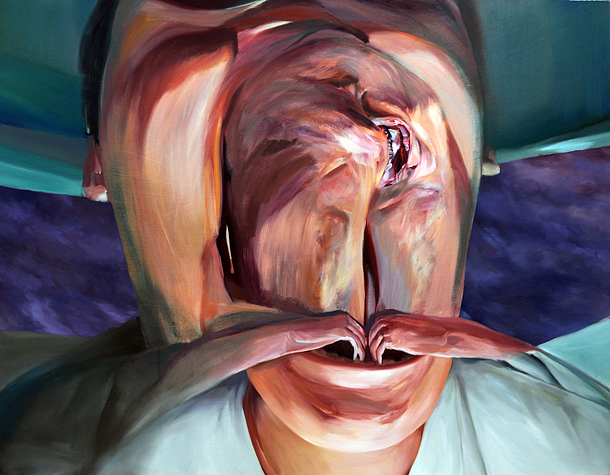 The Museum of Art,

To May 14: The exhibition features 50 pieces of artwork of grotesque images, mainly of human bodies twisted, dismembered or deconstructed. They were created by 13 artists, including Korean painter Suh Yong-sun, French painter and performer Olivier de Sagazan and Spanish Surrealist master Salvador Dali.

Chung Youg-mok, director of the museum, said the exhibition intends to question the line between beauty and ugliness, while challenging many other exhibitions’ tendency to appeal to the public with their healing qualities.

“When we say ugliness here, we are not only talking about that of physicality but also that of mind such as distress and sickness,” said Chung Shin-young, research professor and the main curator.

Many of the works are paintings that depict distorted human bodies in Surrealist or Expressionist ways but there are also installation works that are not related to human bodies.

Among them, Sim Seung-wook’s ominous pitch-black installation work “Between Absence and Pressure” looks like ruins after a fire. 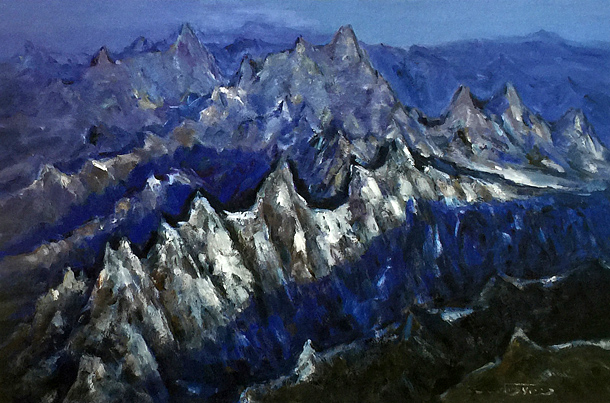 To June 30: The solo exhibition of artist Lee Dong Young features 32 large oil paintings that depict Korea’s famous mountains including Mount Paektu in North Korea and Mount Bukhan in northern Seoul. The largest part of them, 13 paintings, depict Mount Seorak near which the museum is located.

“Over the past eight years, I have done nothing but paint mountains on large canvases,” the artist wrote in a note for the exhibition. “Since when I was young, I would walk along the ridges of big mountains alone, even sometimes having near-death experiences… I love local mountains and I want to show their beautiful flesh.”

Admission is free. The museum is closed on Mondays. It is located on 32-28 Heul-ri, Ganseong-eup, Goseong County of Gangwon Province. 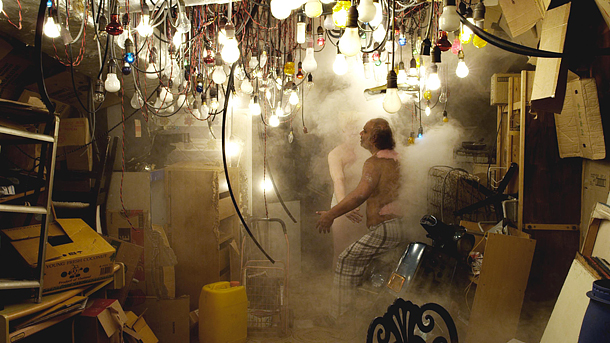 To July 2 : The exhibition features 17 video and multimedia artists from various parts of Asia exhibiting the region’s history as perceived and interpreted by them, on the premise that there is no single authentic history.

Some artists present history of not only the past but also future. Among them, Korean artist Kwon Ha-youn’s “489 Years” shows an 11-minute-long reconstruction of the Demilitarized Zone (DMZ) in three-dimensional images. The “489 Years” refers to the estimated time required to remove all the land mines in the area in the aftermath of the 1950-1953 Korean War.

And “The Video of a Man Calling Himself Japan’s Prime Minister Making a Speech at an International Assembly” by Japanese artist Aida Makoto, show the artist himself acting as the man who gives the speech, preaching for the world to adopt Sakoku, Japan’s reclusive foreign policy from the Edo period.