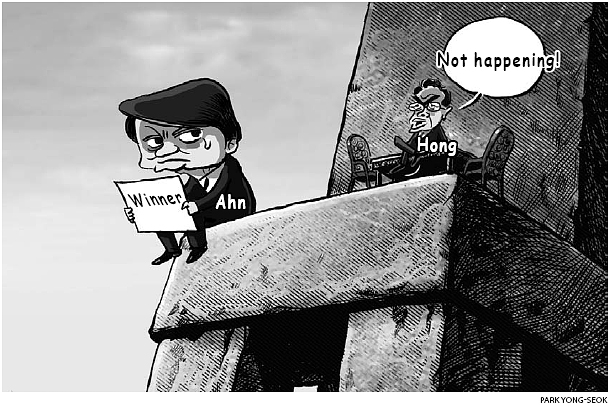 As a recent poll shows People’s Party candidate Ahn Cheol-soo leading Democratic Party contender Moon Jae-in in a two-way race for the Korean presidency, the Liberty Korea Party’s hardmouthed candidate, Hong Joon-pyo, is nevertheless convinced of his victory against his counterparts in the election next month.