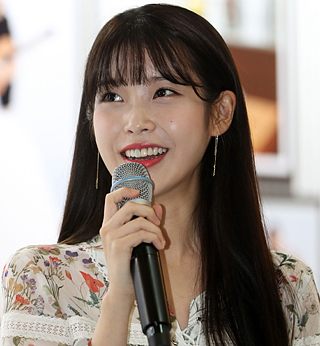 Everyone in the music industry currently has one goal in mind - catch the chart killer.

Since singer IU’s first single off her fourth album, “Through the Night” hit the charts, it has stayed in the number one spot. IU is attempting to strengthen her hold at the top, with her second single set to come out on Friday, and the album being released on April 21.

Artists are looking to topple IU from the number one spot with everything in their arsenal. Out of everyone, Taeyeon is favorites to clinch the top spot, as she releases a deluxe version of her recent album tomorrow with three new singles.

Other solo female artists are looking to take the top spot as well, as A Pink’s Jung Eun-ji will make her return on April 10 after one year away from music, and former 2NE1-member Minzy makes her debut as a solo artist late April. Both artists have large fan bases to aid them in putting up a fight for the top spot.

Boy bands and girl groups who have previously dominated the charts will also aim for the top spot, with girl group EXID releasing a single on April 10, Teen Top returning on the same day and boy band Winner making their long-awaited comeback today.

Male singers known for releasing hits in the spring are also looking for that number one spot, with so-called “princes of ballad” Roy Kim, Yesung of Super Junior and Hong Dae-kwang all slated to release new material in April.