Lotte to shift focus from quantity to quality

Lotte to shift focus from quantity to quality 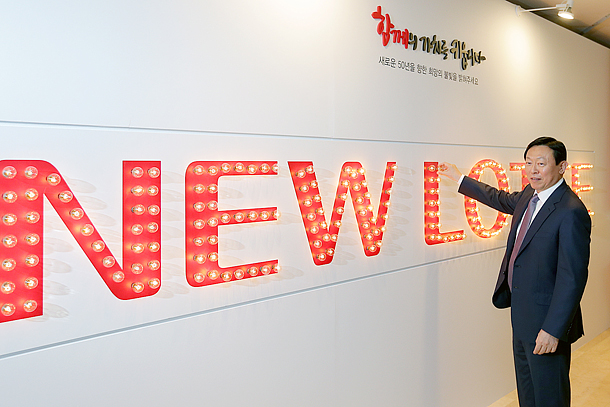 Lotte Group vowed qualitative growth on Monday, ditching its strategy that has focused on quantitative growth for the past 50 years.

“We will change the management paradigm from quantitative growth and realize a new vision,” said Chairman Shin Dong-bin during a closed-door ceremony marking the company’s 50th anniversary. “Lotte is at a turning point where we have to prepare for a rapidly changing society with flexible thoughts and imagination.”

Under the new vision, dubbed “Lifetime Value Creator,” Lotte said it wishes to offer products and services to its customers in all stages of their lives. 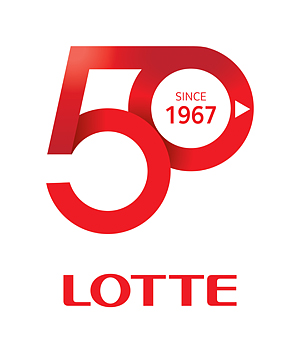 In the last half-century, Lotte’s sole focus has been external expansion and posting laudable results only with numbers.

Reflecting its objective, Shin pledged in 2009 to propel Lotte Group to Asia’s top 10 companies and generate 200 trillion won ($180 billion) in annual revenue by 2018. It was a reasonable goal since the group’s revenue has been growing at an average rate of 17 percent.

Its global expansion was also aggressive. The retail giant, which advanced into six countries in 2008, is now in 23 countries. Its global rank in the Asia-Pacific also jumped from 244th in 2006 to 16th in 2016.

Despite the growth, however, Lotte Group regretted it had not taken enough time to earn credibility from domestic partner companies and consumers. It also said it feels the responsibility to create a healthy ecosystem in the industry by carrying out an extensive corporate social responsibility focus.

“We recently figured out that a company’s objective is not confined to pursuing numeric achievement,” said Hwang Kak-gyu, group president and head of its Corporate Innovation Office. “We wish to contribute to people’s lives with trusted products and services. Becoming a ‘lifetime value creator’ is how we are going to reform to achieve a ‘New Lotte.’” 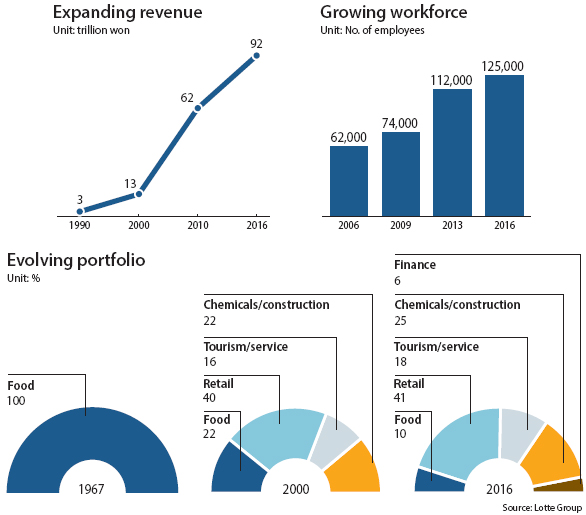 Transparent management is at the core of Lotte’s new agenda since the owner family members of Lotte Group have been on trial numerous times in the past couple of years for alleged business malpractice and breach of trust.

As for its first step, Shin publicly apologized in October and pledged to overhaul the company’s corporate structure. In February, he carried out an extensive restructuring and executive reshuffle. The company abolished its strategy planning team, which often faced backlash for illegal business transactions, and established two new teams under the name Corporate Innovation Office and Compliance Committee.

The Corporate Innovation Office comprises four teams in charge of value management, finance, communications and human resources. The Compliance Committee, which works directly under Chairman Shin, is in charge of monitoring the clean governance of its affiliates.

The latest restructuring, aligning more than 90 affiliates under four business units in retail, food, chemical and hotel service, is seen as a preliminary step to sort out the holding companies.

Publicly listing Hotel Lotte on the Korean market is necessary to secure funds. Its planned IPO was suspended indefinitely last year due to a criminal probe into the family, including Shin.

Hwang, the head of the newly-established innovation office, said Hotel Lotte’s initial public offering will take some time since its duty-free operation, Hotel Lotte’s core business, is being jeopardized by Beijing’s backlash over deployment of a U.S. antimissile system in Korea. “But our basic stance is that we are going to list Hotel Lotte as fast as possible,” he said.

“If we don’t change, we will not survive,” Shin said in his New Year’s address. He urged a business model transformation in its retail business that will keenly respond to the next industrial wave which focuses on using big data, virtual reality and artificial intelligence.

It also aims to commercialize so-called Shopping Advisors to its website and smartphone applications which will act as an AI-based shopping assistant for customers by December.

Lotte said the service is able to detect customers’ questions and quickly analyze their shopping history and preferences. Combining that with the adviser’s big-data analysis of market trends, Lotte says the Shopping Advisor will be able to recommend just the right shopping choices.

The company has been an industry leader in implementing the latest technology in its retail affiliates.

Lotte is also going for what’s called an omni-channel in its retail business. The omni-channel is integrating the offline, online and mobile channels of its diverse retail affiliates, including department stores, supermarkets and discount stores, so that consumers can feel as if they are shopping in a single store. For example, an item bought at the mobile site of the department store can be picked up at a nearby supermarket.

“Retail is important to Lotte since 40 percent of the group’s revenue derives from it,” a Lotte official said. “There are many challenging factors in the industry, but the affiliates are counterattacking it by pursuing an omni-channel.”

A retail-focused firm is often overlooked for having limited global potential. Yet Lotte eliminated the stigma when its retail business took off among the Chinese at home and abroad. There is the ongoing row over the antimissile system, but the retail giant has been determined to recover the business.

“We are doing everything we can with the closed marts in China,” Hwang said. “We have recently submitted a request to the regional government asking for the mart’s reopening,” he said, adding that the group considers China part of its long-term global outlook.

“Lotte Confectionery which was founded in 1967 took 17 years to achieve 1 trillion won revenue in 1984. We are going to maintain the Chinese business for now,” Hwang said.

China is not the only option Lotte has for its global expansion, though it has been its biggest overseas market. Lotte is also investing in Vietnam, Russia, India and Indonesia.

Lotte is also planning a theme park in Hanoi, Vietnam, which will include a mall with a department store and cinema. The 330 billion won project is scheduled for completion by 2020.