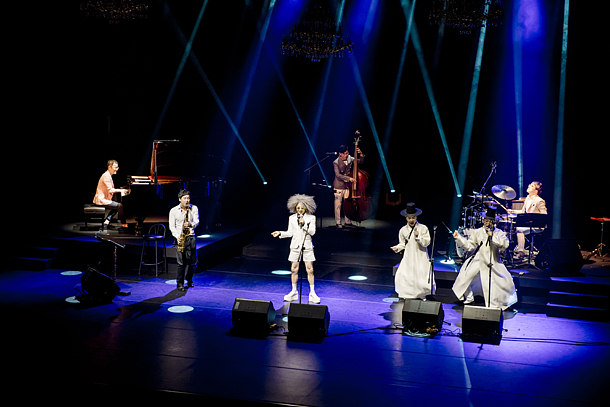 Korean traditional musician Lee Hee-moon and jazz band Prelude, who have often performed together, will fuse traditional music with jazz again for the upcoming stage of “Korean Man” at the LG Arts Center. See MUSIC. [NATIONAL THEATER OF KOREA]

April 7: Praised as one of the most delicate conductors in authentic Italian operas, Italian conductor Riccardo Muti is conducting songs written by Verdi with the Gyeonggi Philharmonic Orchestra and Vittoria Yeo, who was called the “Cinderella of Opera” by Muti. This concert is the first concert in which all of the songs are from Verdi. The program consists of songs from the Shakespeare play “Macbeth.”

April 15: Praised as the “Madonna of Korea,” the legendary singer and dancer Kim Wan-sun is holding a solo concert. She is known for her distinctive appearance and funky dance moves. Her hits span the genres of pop, ballad, rock and even Latin. Her career has also been very diverse, as she has worked in design and acting.

April 18: A collaboration between Korean traditional music performer Lee Hee-moon and jazz band Prelude, this project has received positive reviews for creating a harmony between Asian and Western cultures.

The show will be unique, as between performances, there will be a session where actors share puns and jokes with each other and communicate freely with the audience. 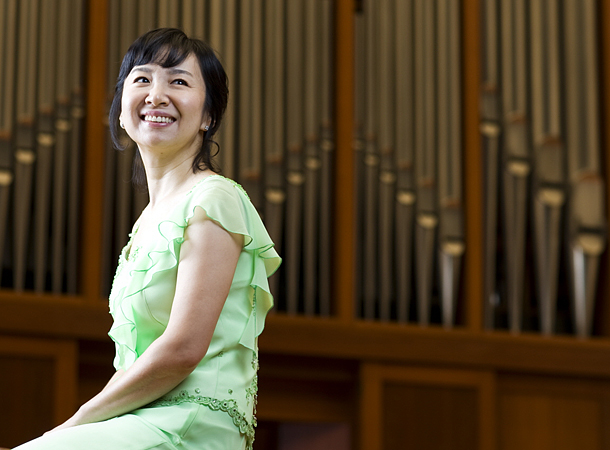 April 29: Professor of College of Music at Ewha Womans University, organist Kim Hee-sung will show off the colorful variations of the pipe organ. Combining organ with orchestra and jazz music, she will show videos and pictures to accompany the performances.

April 6-9: R. Leoncavallo’s “Pagliacci” and G. Puccini’s “Il Tabarro” portray the coldness of a life facing death. The first opera depicts the life of Canio, who murders his wife as he obsesses over her.

The second opera depicts the life of a couple, the tragic story of their baby’s death and the wife’s secret affair. It is known as Puccini’s masterpiece, as the storyline and the music go hand in hand with the cold ambience of the opera.

April 27-30: “La Verita,” written and directed by Daniele Finzi Pasca, the man behind the famous Cirque du Soleil, will be coming to Seoul next month.

To June 25: Broadway’s touring production of the popular musical “Dreamgirls” will be visiting Korea in April. Featuring favorite songs such as “Listen,” “One Night Only,” and “And I Am Telling You I’m Not Going,” Korean fans will be able to experience these hits and more sung by the new cast.

This year’s line up includes Norah Jones and Corinne Bailey Rae, among other female artists. Norah Jones’ visit to Seoul in 2012 sold out, and her song “Don’t Know Why” is a favorite among Korean fans. Tickets are 110,000 won.

May 27-28: The Seoul Jazz Festival returns to Olympic Park for its 11th year. The lineup features world-famous acid jazz band Jamiroquai, pictured above, as well as synth-pop duo HONNE.