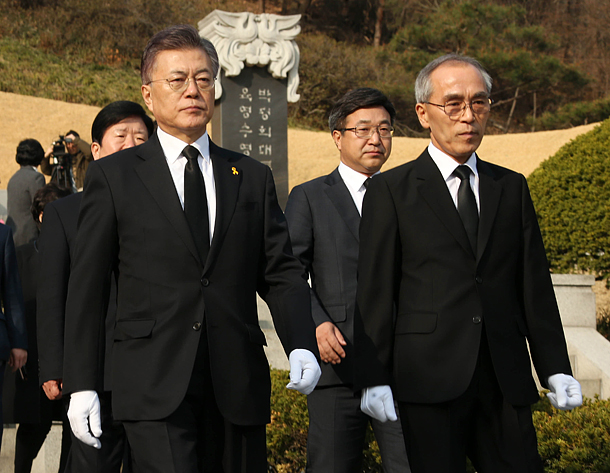 Rep. Moon Jae-in, left, who won the Democratic Party’s nomination for the May 9 presidential election, walks away from the graveyard of late President Park Chung Hee, the father of imprisoned former President Park Geun-hye, at Seoul National Cemetery, southern Seoul, after paying tribute on Tuesday. [YONHAP]