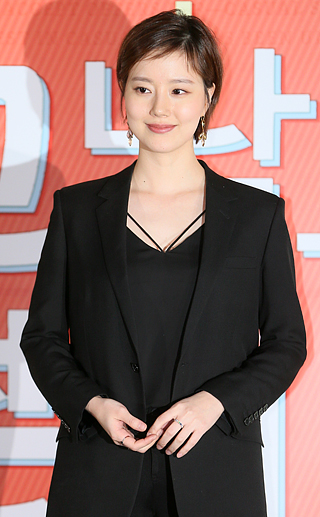 Thirty-year-old actress Moon Chae-won is reportedly fed up with an internet commenter who claims to be Moon’s boyfriend, and is looking to take the person to court, according to the actor’s agency, Namoo Actors.

“We are currently consulting with a lawyer to prepare a complaint,” said the agency yesterday, “we haven’t sued the malicious commenter yet, but we are having lengthy discussions [on how to deal with the issue].”

The unidentified person has harassed the actress via social media, comments on web articles and even a lengthy post on his personal blog claiming to be the hidden boyfriend of the actor.

The agency said that there have been many false claims posted online, including some comments that borderline on slander. The person claims to have “been together with Moon since March of 2015.”

With the string of comments and posts, the agency posted an official statement and a warning on its website yesterday, which read, “This is a warning to the commenter that repeatedly uploads false claims regarding Moon. We have been monitoring the comments for a while, but the comments were too absurd to even respond to. However, as recent comments are going over the edge, we are looking to take legal action against the commenter.”

As of yesterday, the comments have not been deleted.