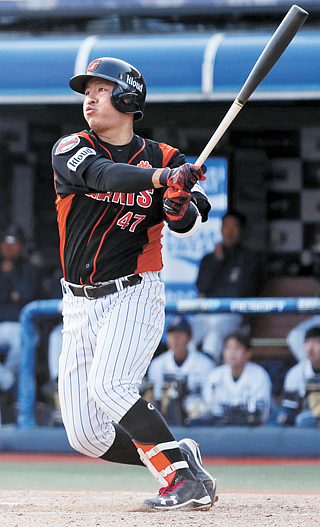 The Lotte Giants, tied for second in the KBO, host the LG Twins, No.1, over the weekend at Busan Sajik Stadium.

For the Giants, they’ve benefitted a lot with Lee Dae-ho, strengthening their batting line-up. Not only did they improve as a team, they are bringing in a lot more fans to Sajik Stadium this year, just to watch Lee play. The Giants lost the first game of the season to the NC Dinos, but since then, they have not yet lost a match. Lee and Kang Min-ho are likely to lead the batting line-up, both have hit two home runs so far in four KBO regular season games.

The Twins, undefeated for the season as of Wednesday, have showed strong performance in away games. Of three out of four games, the Twins played away from home and managed to win all three as of Thursday. For the Twins’ pitching line-up, Cha Woo-chan is highly expected to lead the team since he is ranked second in the KBO on average number of strikeouts per game at eight.

Depending on the result of the games this weekend, there may be a change at the top of the KBO regular season standings as the teams are tied at second with only one win separating them from the Twins. 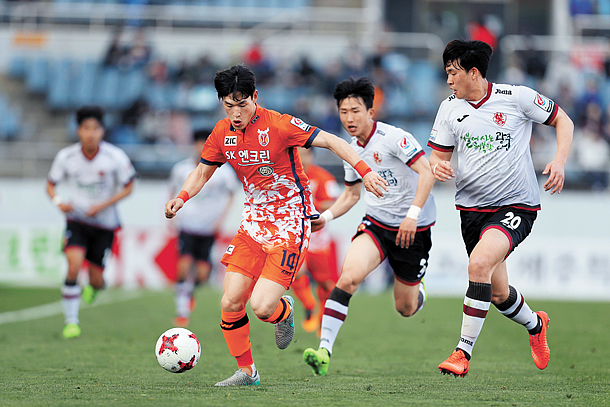 Jeju United FC is leading the K-League classic this season. After Lee Keun-ho left the team, it brought worries to Jeju United, but there was no need to fret. Jeju United has won all five of its matches this season. Unlike other teams, which tend to rely more on the strengths of use key players, for Jeju United, the players work together to produce wins.

On the other side, Seoul FC, the 2016 K-League Classic champions, are struggling this season. After losing to Jeonbuk Hyudai Motor FC 1-0 last weekend, Seoul dropped to fifth in the standing. Seoul has to win against Jeju on Saturday at home to get back on track for another K-League season Championship win. As expected, Park Chu-young and Dejan Damjanovic lead Seoul FC but they are not able to fulfill Carlos Adrino’s spot, who left for China last year. Dejan Damjanovic, from Serbia, currently leads the team with two goals this season.