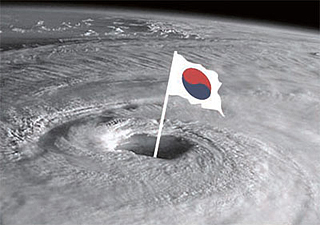 U.S. President Donald Trump and Chinese President Xi Jinping held their first summit meeting on Thursday in Florida. On the agenda were pending issues including trade imbalances, the North Korean nuclear threat and territorial disputes in the South China Sea.

Trump has signed an executive order to investigate if the U.S. trade deficit was caused by the unfair trade practices of other countries. During his campaign, he criticized China for currency manipulation and threatened to levy a punitive 45 percent tariff on Chinese imports. China had a $347 billion trade surplus with the United States, about half the total U.S. trade deficit.

But U.S. law stipulates that a country is a currency manipulator if it meets three conditions: its trade surplus with the United States exceeds $20 billion, its current account surplus is over 3 percent of its GDP and its financial authorities intervene in the currency market to lower its currency value. Since China only fits the first criterion, it will not likely be designated a currency manipulator. However, the United States may continue to build pressure on China, and if it fights back, it could lead to a serious clash.

Trump is pressuring China to resolve the North Korean nuclear issue. While reinforcing economic sanctions on Pyongyang, Trump is pressing Beijing to restrict Chinese companies dealing with North Korea. Some argue that America needs to strike North Korea before it completes an intercontinental ballistic missile. But while China is participating in the sanctions, it doesn’t want the North Korean regime to collapse. Instead, it is demanding withdrawal of the U.S. military’s Terminal High Altitude Area Defense (Thaad) missile shield because it believes the shield ruins the strategic balance of Northeast Asia.

When two powerful nations clash, they could fall into a Thucydides Trap. Just as the hegemonic contest between Sparta and Athens led to the Peloponnesian War, a fight for hegemony between an existing power and rising power could turn into an armed clash. Graham Allison, a political science professor at Harvard University, said that there have been 16 cases of a rising power rivaling a ruling power in the past 500 years, and 12 of them resulted in a major war. While China’s economic power has been growing, the United States remains the ruling power. If Xi tries to pursue the revival of a great China too soon, he will not be able to avoid political, diplomatic and economic clashes, if not war, against Trump, who wants to “make America great again.”

The problem is that Korea is at the center of the vortex. A trade war between powerful countries affects other trading partners that rely on exports. China and the United States are the two biggest export markets for Korea, and trade among the three countries is closely linked. Since China imports intermediary parts and materials from Korea and exports assembled goods to the United States, the trade friction could cause major damage to Korea’s economy.

The United States and China are already pressuring Korea directly on the economic front. The U.S. is pushing Korea to reduce its trade surplus, threatening it with the currency manipulator label and renegotiation of the free trade agreement. China is retaliating against Korean businesses, banning group tours to Korea and suspending Lotte Mart operations in China over the Thaad issue. Depending on the foreign policies of the next Korean administration, the pressure and retaliation could intensify.

The contest of powers in the Korean Peninsula is reminiscent of the early 20th century. Korea had been uninformed of the international dynamics at the time, with its domestic politics divided and national capacity feeble. In the end, Korea went through a series of ordeals: 36 years of Japanese occupation, national division and a war that resulted in millions of military and civilian casualties. During the Korean War, 36,000 U.S. troops and over 400,000 Chinese soldiers were killed.

This year, North Korea has launched a ballistic missile and has additional nuclear tests in the works. The world perceives the Korean Peninsula as a “powder keg” where clashes between North and South and between the United States and China could occur. Donald Kagan, a history professor at Yale University, said the Peloponnesian War broke out not because Athens grew threateningly powerful but because Athens and Sparta made wrong strategic decisions. A mistake by the United States, China or North Korea could trigger another tragedy in the Korean Peninsula.

We cannot let a hegemonic contest and North Korea’s nuclear and missile threats decide South Korea’s fate. The next administration faces a challenge. It needs to set up an international strategy committee of the best experts to oversee economic, security and foreign policies and respond to rapidly changing international situations. It must persuade China on the Thaad issue and reinforce economic and diplomatic cooperation with the U.S. and China. Working together with Washington and Beijing, Seoul must pressure Pyongyang to give up its nuclear program, pursue reform and pave the way for inter-Korean exchange toward peaceful reunification.

*The author, a former senior economist at the Asian Development Bank, is a professor of economics at Korea University.