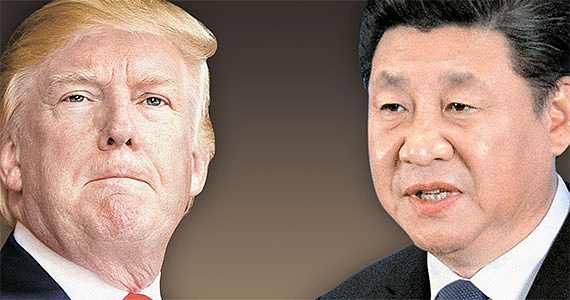 When discussing a sudden change in North Korea, China always emphasizes that it is a major stakeholder. It argues that a mass inflow of refugees would result in social disorder and harm the stability of its frontier region. Since North Korea serves as a buffer in its confrontation with the United States, China certainly has strategic security concerns. While China’s unchallenged influence on the North Korean economy would surely be damaged, it nevertheless does not mention security or economic interests officially because its refugee policy actually contains a plan to maximize China’s security and economic interests.

At a conference hosted by the Korea Foundation for Advanced Studies, Dr. Bruce Bennett of U.S. defense research think tank RAND Corporation addressed the essence of the refugee camp China wants to build. Bennet said that Chinese representatives often insist that refugee camps should be built 50 to 100 kilometers (31 to 62 miles) into North Korea from its border if an unexpected change occurs in the North. With a justification of not allowing the “refugee bomb” in their territory, the heavily armed People’s Liberation Army (PLA) will cross the Apnok and Duman rivers.

The Chinese military authorities may consider an option farther to the south, assuming that the Korea-U.S. alliance will move northward. China may want to secure the nuclear material in Yongbyon to preempt the justification of the Korea-U.S. alliance to go northward. The PLA could reach as south as the Chongchon River-Hamheung line, the narrowest part of the Korean Peninsula, said Dr. Bennet. He warned that we cannot rule out the possibility that the Chinese forces would come down below Pyongyang to the Nampo-Wonsan line with a plan to back a pro-Chinese puppet regime. In May 1984, then General Secretary of China Hu Yaobang visited Hamheung and Wonsan as China called for an equivalent deal from North Korea, which granted a lease of Najin Port to the former Soviet Union. Both cities have ports, which China desires to access the East Sea.

In the U.S.-China summit, the North Korean nuclear issue will certainly be top of the agenda. Trump is sending messages that make us imagine a preemptive strike, while Xi Jinping wants to avoid the worst case scenario of confronting the U.S. after a sudden change in the North as China wants more time to become prosperous and powerful. Will Xi take a step back? It all depends on how ready China is to go without North Korea. Beijing may be finetuning refugee camp plans behind Trump’s back, who prides himself in making deals.