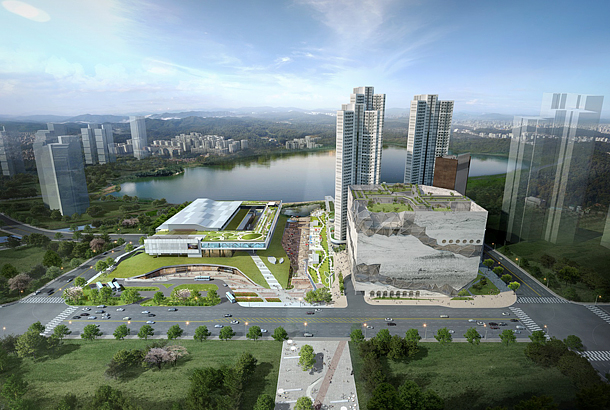 Hanwha Galleria will open its first department store in seven years in the Gwanggyo neighborhood of Suwon, Gyeonggi, in 2019, in time for the 40th anniversary of the retailer’s department store business, the company said Thursday.

The location will be the company’s sixth department store. It will be part of a convention complex being developed in Gwanggyo that includes a convention center, aquarium, hotel and residence. The company in partnership with the Suwon government is investing 2 trillion won ($1.8 billion) in the complex.

The department store will occupy 73,000 square meters (18 acres) of land and contain 12 floors above ground and six below.

The company said the location will follow Galleria’s upmarket strategy of housing high-end brands and eateries.