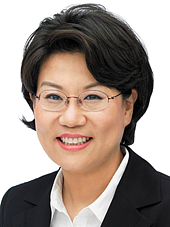 Upon returning to Korea in 1996, she worked at the Korea Development Institute before her election as a representative of Seocho District, southern Seoul, in 2004.

“I will work to ensure Korea-U.K. ties strengthen in light of recent happenings in the U.K., including the Brexit,” Lee said.