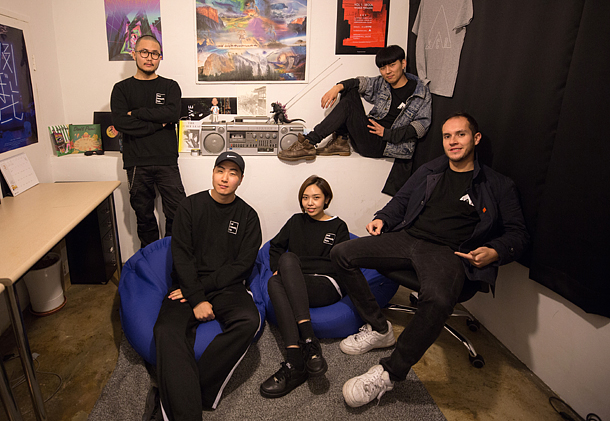 When the sunlight dims on central Seoul’s Usadan-ro, after the evening calls to prayer have rung out from the minarets of the Seoul Central Mosque, one of the city’s top DJs is dropping a record on the decks. This multicultural street is home to the studio of Seoul Community Radio (SCR), an independent, internet-based station that’s been broadcasting nightly since June, attracting thousands of listeners to their livestreams.

SCR founder Richard Price described the station as taking inspiration from the spirit of early pirate radio in his native United Kingdom.

“People would be broadcasting DJs illegally through FM from the top of someone’s grandma’s tower block in London,” said Price. “With the internet, it’s enabled radio stations with that pirate, do-it-yourself feel to go legit and also reach a much wider audience.”

You Ju-hwan, better known by his DJ name J. fitz, serves as SCR’s content director, booking local artists and international names stopping by Korea on tour. According to You, about 70 percent of the station’s airtime is devoted to local DJs and musicians, and it’s those artists that he’s focused on developing. Most importantly, he said, they need a place where they can feel comfortable pushing sounds that fall outside the mainstream.

“There are so many DJs out there who have really good knowledge of music, but because of realities, a lot of the time they have to play music in the club which is just the same tracks over and over again,” he said. “Safe tracks, pop that everyone likes. This is OK for the club, because they need to make money, but [from] the DJ’s perspective and the whole scene’s perspective, nothing really comes out of it.”

You sees SCR as having two roles - exposing Koreans to types of music they might not have heard otherwise, and serving as a platform to highlight artists taking creative risks. “We’re trying to be something like MTV now,” he said, laughing.

To that end, they’re broadening their creative palette beyond the world of DJs and radio, highlighting Korea’s thriving hip-hop and independent rock scenes.

“SCR can do a few things for a new artist,” said Price. “We can give them a place to put out their work for more people to see it than just on a SoundCloud page, and as we gain a reputation, we can give them a bit of branding, a bit of a stamp of approval for others to check them out.”

Despite its local focus, the station attracts fans from all over the world, particularly in other major Asian cities.

“We were contacted by people inspired by what we were doing who wanted to make a Hong Kong Community Radio. There’s definitely a shared knowledge economy in radio so we were happy to help,” said Price. “Our colleagues at radio hosting site Mixcloud also introduced us to a project in India called Boxout.fm who we’ve been advising on the technical side.”

As it stands, SCR is already making inroads across the world, from showcasing DJs in Chile and Hong Kong, curating live pop-up shows with brands like Vans Korea, to broadcasting festival-type events such as the dance stage at the Itaewon Global Village Festival last fall.

“We’re trying to put Seoul further on the map,” said Price. “There’s too many amazing DJs, too many great clubs for it to stay underneath the radar as a genuine music city for much longer.”