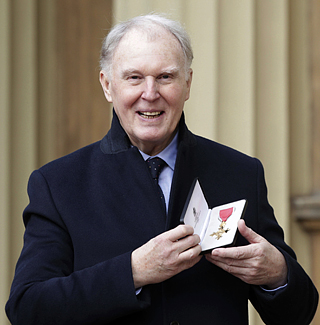 LONDON - Tim Pigott-Smith, a versatile British actor who recently played Prince Charles on stage and screen, has died at the age of 70.

The actor’s agent, John Grant, says Pigott-Smith died Friday. Grant called him “one of the great actors of his generation… a gentleman and a true friend.”

Pigott-Smith was already a veteran of stage and screen when he came to international attention as a sadistic police officer in British-controlled India in the 1980s miniseries “The Jewel in the Crown.”

The show became a global sensation, and Pigott-Smith said it “changed my life.”

Born in Rugby, central England, in 1946, Pigott-Smith trained at the Bristol Old Vic theater school and built up a diverse career on stage, television and film. He became a regular on British TV screens in everything from “Doctor Who” to “Downton Abbey,” and had roles in movies including “V for Vendetta,” “Gangs Of New York” and the James Bond thriller “Quantum Of Solace.”

He is due to appear onscreen with Judi Dench in Stephen Frears’ historical drama “Victoria and Abdul,” due for release in Britain in September.

He recently won Olivier and Tony award nominations for the London and New York runs of the play “King Charles III,” which imagines disastrous events after the current heir to the British throne becomes king. He reprised the role for a TV adaptation.

Pigott-Smith is survived by his wife Pamela Miles and their son Tom.