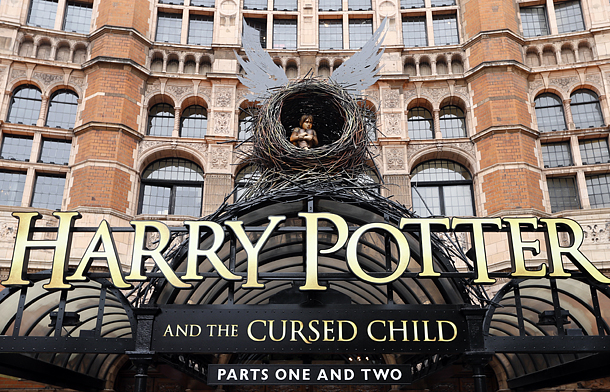 LONDON - J.K. Rowling’s boy wizard bewitched the page and the screen, and stage sequel “Harry Potter and the Cursed Child” cast its spell at British theater’s Olivier Awards on Sunday.

The plot for the Harry Potter play picks up 19 years from where Rowling’s last novel left off. It depicts Harry and his friends as adults and follows the adventures of their offspring at Hogwarts School of Witchcraft and Wizardry.

Written by Jack Thorne from a story co-written by Rowling, it has been a critical hit and box-office behemoth since opening in July at London’s Palace Theatre, and plans are afoot to send it to Broadway next year.

But star Jamie Parker, who won the best-actor prize for playing the adult Harry, said success - and the embrace of Potter fans - had not been a foregone conclusion.

“There was so much potential for cynicism and skepticism surrounding a production which could have been very tightly controlled and industrial and commercially minded,” Parker said.

But talent, hard work and oodles of stage magic prevailed.

“I’m just so pleased and proud that the entire team are being celebrated,” Parker said backstage during the ceremony at London’s Royal Albert Hall.

Swaziland-born Dumezweni said she was honored to play Hermione, one of Rowling’s most beloved characters. Some had questioned the casting of a black actress in the role, played onscreen by Emma Watson - though Rowling pointed out that Hermione’s race is never specified in the books.