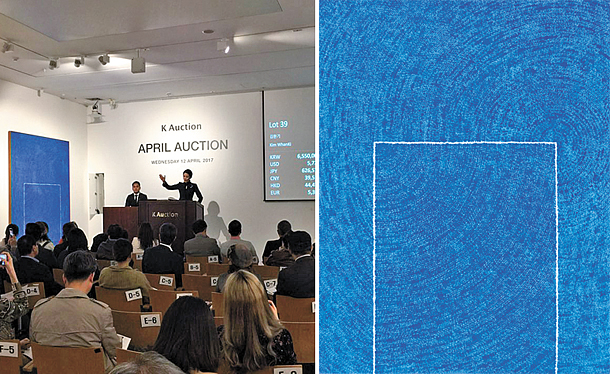 Auctioneer Sohn Yee-chun of K Auction gets the final bid for modern art master Kim Whanki’s 1973 painting, “Tranquility 5-IV-73 #310,” right, the highest-ever bid for a Korean painting, at the auction house in Sinsa-dong, southern Seoul, on Wednesday. The painting fetched 6.55 billion won ($5.75 million) at K Auction’s Seoul sale. As the painting broke the record, the six most expensive Korean paintings ever auctioned are all abstract paintings by Kim, the so-called dot paintings he made in New York in the 1970s. [MOON SO-YOUNG]