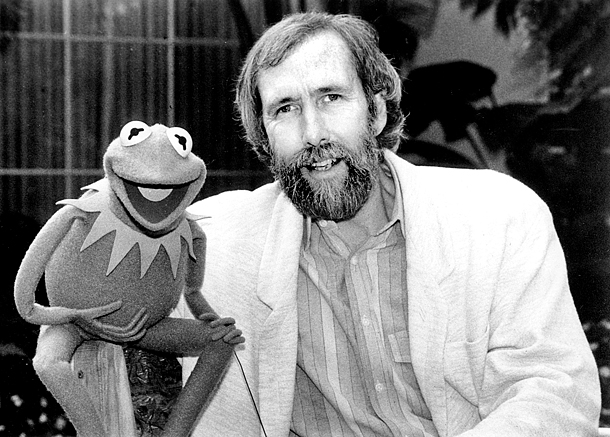 The creator of the “Muppets,” Jim Henson, with Kermit the Frog in Los Angeles, California. A New York City museum is asking fans of Henson’s Muppets to help pay for an exhibition featuring the original puppets of beloved characters like Elmo, Miss Piggy and Kermit the Frog. [AP/YONHAP]

The Museum of the Moving Image launched a Kickstarter campaign Tuesday seeking $40,000 to help preserve the puppets for posterity.

“Jim Henson’s work has meant so much to so many people, myself included,” actor Neil Patrick Harris says in a video on the Kickstarter page. “His humor and inventiveness have inspired people to find their own creative voices.”

The museum in the Astoria section of Queens owns hundreds of Jim Henson puppets and other objects including costumes and props, all donated by Henson’s family after he died in 1990.

Museum staff members are working to conserve them along with Jim Henson’s Creature Shop, the company Henson founded in 1979 that carries on his work, and fine arts conservators.

Curator Barbara Miller said the museum has never turned to crowdfunding before but it made sense for the Muppet exhibit “because the community of fans is so active.”

“This is one element of an effort to cross the finish line for fundraising,” Miller said.

Donors will get perks including T-shirts, artisanal chocolate and naming rights to a puppet pedestal.

Museum officials are hoping to open the exhibit this summer.

In addition to the puppets, it will feature rarely seen video footage and photographs going back to Henson’s early work in television in the 1950s.

A traveling exhibition using objects from the collection will open May 20 at Seattle’s Museum of Pop Culture.