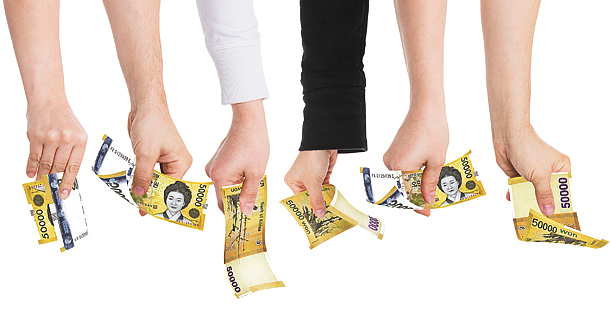 Whether a film breaks even at the box office has never been of much interest to moviegoers. At least that was the case until crowdfunding movies became a popular investment method.

Crowdfunding has been a way that fervent fans could make small donations to help a movie get made. In return for helping fund a project, they are provided with movie tickets and promotional merchandise, in addition to their names being added to the end credits of the film.

“Northern Limit Line” (2015), for example, raised two billion won ($1.8 million), one-third of its production costs, from 7,000 people who expected no financial compensation in return. The film, which sheds light on the Second Battle of Yeonpyeong, which occurred on June 29, 2002, was able to head to big screens after seven years of being delayed. The movie was successful at the box office, selling more than six million tickets.

Similarly, “Spirits’ Homecoming” (2016), a film about victims of sexual slavery during Japanese colonial rule (1910-45), raised nearly 50 percent of its production cost (1.2 billion won) from 70,000 people. Thanks to their support, the movie was released after 14 years of production, and sold 3.58 million tickets when it hit theaters last February.

But ever since investment crowdfunding was legalized in Korea in January of last year to support start-ups, boost the economy and create jobs for young people, crowdfunding has come to be more commonly understood as a form of investment.

Recently, an upcoming black comedy “Room No.7,” slated for release in the second half of this year, achieved its target crowdfunding amount in just a week.

In order for the film to break even at the box office, it needs to sell 1.2 million tickets. If the number of tickets sold hits the figure, investors will get 3.7 percent back. If the number reaches two million, the rate of return jumps to 35 percent, and that number keeps rising depending on the total tickets sold. But if the film underperforms, investors will face a 20 percent fixed loss. 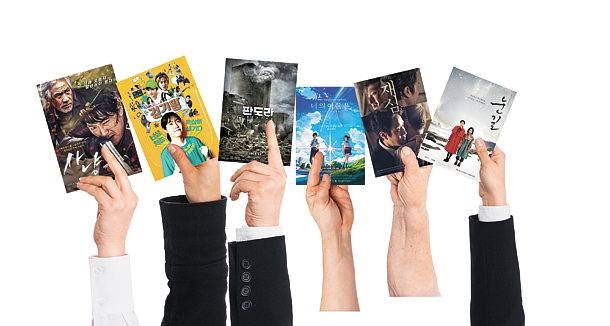 The return rate of profit and loss differs depending on movies.

As evidenced by a number of films including “Room No.7,” “New Trial” (2017),“Queen of Walking” (2016) and “Snowy Road” (2017), crowdfunding has become a popular method of raising production costs for films or other cultural contents.

According to a source from Wadiz, an online crowdfunding platform, 29 films were up for investment on its platform last year, and 19 of them successfully raised their target amount through investors.

Some of these movies have become a handsome source of income for their investors.

“New Trial,” revolving around a teenager framed for murder who is offered a retrial by a lawyer after being wrongly convicted, raised slightly less than 130 million won through crowdfunding. Its break-even point was 1.6 million tickets, but it ended up selling 2.03 million tickets after it was released in February, giving its investors a 17.1 percent return.

Hit Japanese animation “Your Name” is another movie that pleased its investors. The animation sold 3.5 million tickets when it was unveiled in January, which far exceeds its 500,000 break-even point. Investors were given a 40 percent rate of return.

Investment crowdfunding also functions as a tool for viral marketing, as investors voluntarily advertise films to their network to encourage the film’s box office success.

“The main reason we posted ‘Your Name’ on Wadiz was for viral marketing,” said Kang Sang-wook, a director at Meida Castle that imported the hit animation. “I believe many film companies would agree that one of the main reasons they put their movies up on crowdfunding platform is because they expect investors to advertise the films through word-of-mouth.”

A source from Wadiz said that the tactic seemed to apply to the upcoming musical “Cats,” which will be staged from July through September.

“‘Cats,’ [which is currently up for investment on Wadiz], is an internationally beloved musical that is pretty much guaranteed success. And this is not the first time the musical is coming to Korea. As far as I’m concerned the musical is not using our platform to raise its production cost, but has different purpose, like communicating with audiences.”

Despite the marketing effect that crowdfunding has, not every crowdfunded movie becomes a box office hit.

Action thriller “The Hunt,” for example, raised 333 million won through investment crowdfunding last year, but it only attracted 645,000 moviegoers - far below the 1.64 million needed for investors to make a return. Nuclear disaster movie “Pandora” faced a similar situation. Though a source from Wadiz said that investors for the film would not suffer a loss (as the break-even point for the film was set slightly higher,) the investors are not expected to get much in return either. The movie, whose profits for investors are still being calculated, sold 4.58 million tickets, which is lower than its initially announced 5.4 million break-even point.