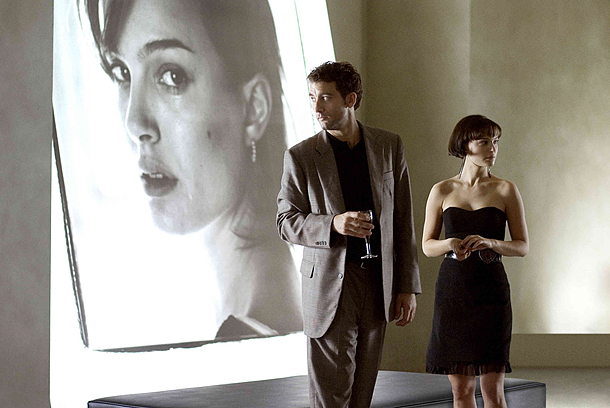 Adapted by Patrick Marber from his own award-winning stage play, this 2004 romance film revolves around a romantic, but deceitful and dangerous, love story between four strangers in London. The relationships begin to fall apart when they start to develop feelings for each other.

American stripper Alice Ayres, played by Natalie Portman, is hit by a taxi when she is crossing a crosswalk in London, and is saved by Dan (Jude Law). They fall in love. Dan, who is an obituary journalist for a newspaper, succeeds as an author when he publishes a book about Alice’s life. However, in the photoshoot for his book cover, he also falls in love with the photographer Anna, played by Julia Roberts. Dan flirts with Anna, but she refuses him. As revenge, he sets Anna up on a date with a sex-addicted dermatologist Larry, played by Clive Owen, but the date goes unexpectedly well, and they eventually get married.

However, the two couples’ relationships start to fall apart when Dan has a secret affair with Anna, and something is also happening between with Larry and Alice.

Based on a true story, this biographical film portrays the history behind the world’s biggest fast food franchise, McDonald’s, and the battle between ambitious salesman Ray Kroc (1902-84), played by Michael Keaton, and the McDonald brothers - Richard and Maurice McDonald.

In 1954, Kroc visits a McDonald’s store in San Bernardino in California, and is fascinated by the golden arch, the speedy service system and the large crowd, so he persuades the McDonald’s brothers to franchise the restaurant. After a long negotiation, the two brothers agree to franchise the restaurant and they eventually sign a contract. However, things don’t go as planned as Kroc is overly ambitious, and the McDonald brothers are not that interested in money. These differences lead to a standoff between Kroc and the two brothers, and Kroc tries to expand the franchise without the brother’s approval.

Michael Keaton is best known for appearing in the Academy Award winning films “Spotlight” (2015) and “Birdman,” (2014) for which he won the Best Actor in a Motion Picture - Musical or Comedy at the 72nd Golden Globe Awards. 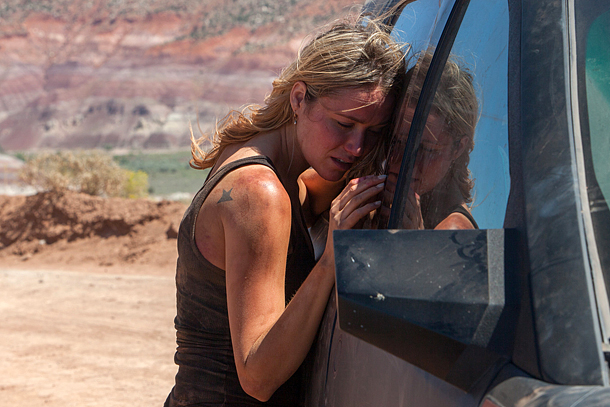 Riding the wave of AI (Artificial Intelligence) related films, Monolith is a high-tech AI SUV which is designed to assure the 100 percent safety of its passengers, and equipped with a bulletproof car body, windows and a mobile app which can remotely control the vehicle. The car is powered by Lilith, an AI interface, and can be operated with a mobile app.

A young mother Sandra, played by Katrina Bowden, and her little son are driving to Los Angeles to see her husband. While she is driving in the middle of the desert, a wild deer almost hits her car. Surprised, she gets out of the car to see what happened. At that moment, her son is locked in the car when he accidentally activates the vault mode on the smartphone while playing with it. Devastated, she strives to get inside the car, but she is helpless. It is a race against time to save her son from the car, which is quickly turning into an oven in the desert heat. 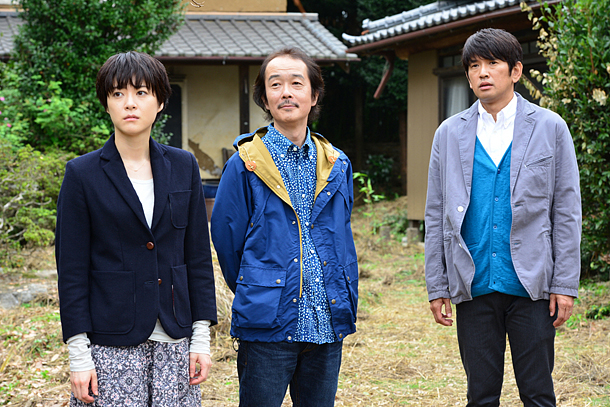 This Japanese comedy film revolves around three members in a family who are not getting along. Juri Ueno plays the role of 34-year-old Aya, who wants to enjoy a chilled and simple life. During her part time job at a convenience store, she meets Mr. Ito played by Lily Franky, who is 20 years older than her. Despite the age difference, Aya and Mr. Ito fall in love and move in together into Aya’s house.

One day, Aya’s dad, played by Tatsuya Fuji, suddenly appears in front of their door and turns things upside down. He is not happy with the couple’s situation as Aya doesn’t have a stable job, and Mr. Ito works at a school cafeteria, and is divorced. Can the three members pull it off and become a family?

The 30-year-old Japanese actress Juri Ueno is familiar to Korean viewers from her appearance on the popular Japanese TV series “Nodame Cantabile” (2006), and also appearing in the 2015 Korean romance film “The Beauty Inside.”

This film sheds light on many social issues in Korea, such as school bullying, sexual assault and discrimination against people with disability. The Korean title of the movie is “Earthworm,” and there is a saying in Korean that “Even an earthworm will turn when stepped on,” which implies the view of Korean society from the perspective of a minority group.

Kim Jeong-kyun plays the role of Won-sul, who is suffering from cerebral palsy. His only hope is his daughter, Jaya, played by Oh Ye-seol, but she dies after she is bullied and becomes the victim of sexual violence in school. He strives to delve into the cause of his daughter’s death, but is devastated when faced with the cruel society, and is determined to take revenge on the abusers. 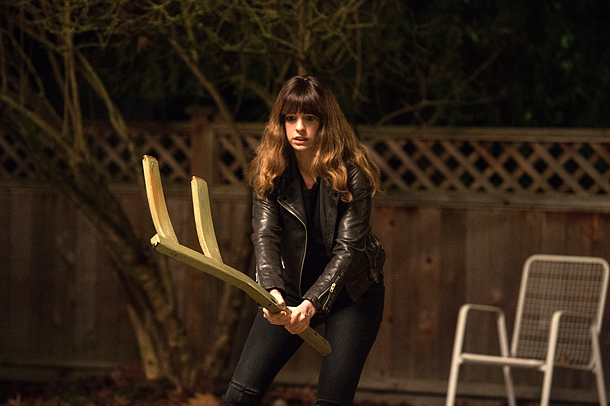 What if a Godzilla-like monster is a projection of you? This is the question posed in this action film by Nacho Vigalondo. Gloria, played by Anne Hathaway, is heading to her hometown after she is kicked out by her boyfriend (Dan Stevens) in New York. One day, she hears the news that an enormous monster has appeared in Seoul. This giant monster is wreaking havoc on the city.

Gloria soon realizes that she is somehow connected with the incident, and realizes that the monster is mimicking her behavior; for instance, when she raises her arm, so does the monster. When she realizes this, she tells to her friend, Oscar, played by Jason Sudeikis. However, Oscar also has the same ability as her, and he is materializing as a robot, which is fighting the monster. She heads to Seoul to find out what is really happening, and wants to know why her existence has such a colossal effect.

What would you ask when you get to meet god? From the production team behind “Life of Pi,” this film is based on the New York Times best-selling Christian fiction with the same title by Paul Young, and depicts the life of a heartbroken man and his journey to find God.

After the death of his beloved daughter from a serial killer, Mack, played by Sam Worthington, is grieving.

One day, he receives a mysterious letter, and suspects it is sent from God. The letter asks him to return to the shack where his daughter was murdered. After much contemplation, he visits the shack for the first time after the death of his daughter, and encounters something that will change his life. In the shack, he is first overcome with suicidal thoughts and rage. However, his life begins to change when he meets a mysterious trio who help him to forgive, and guide him to find a new meaning in his life.

Actress Octavia Spencer plays the role of Papa, who leads the trio. She is known for her role in the 2016 biographical drama “Hidden Figures” and “The Help” (2011).

Kim Nam-gil plays a lonely insurance investigator, Kang-soo, who is in a hopeless state after losing his wife. One day, he meets a woman in a coma, Mi-so, played by Chun Woo-hee, whose body has been in a comatose state since she was seriously injured in a car accident. Kang-soo soon discovers that the woman he sees is not Mi-so but her spirit. As the ghost watches her still body lying on the hospital bed, she asks Kang-soo, the only one who can see her, for one favor. Chun was nominated for best supporting actress last year at the Blue Dragon Awards for her role in the 2016 film “The Wailing” and won the Best New Actress award for film at the 2015 Baeksang Arts Awards for the 2013 movie “Han Gong-ju.”