Tales and wisdom from a life well traveled

Tales and wisdom from a life well traveled 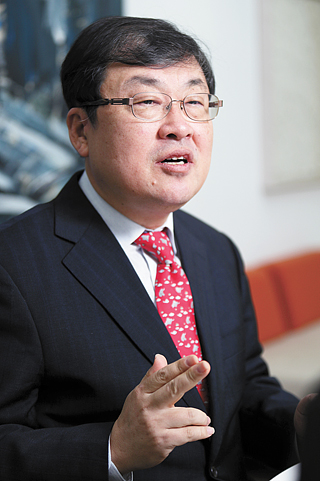 Son Kwan-seung, 58, a columnist, writer and lecturer, likes to call himself a “story nomad.”

Throughout his prominent career in journalism, he’s been a correspondent for MBC in Berlin, CEO of iMBC and director of “100 Minutes Debate,” a famous debate show in Korea. Working as a correspondent in Berlin in the early 2000s, he published a book, “Elite Nomad of the Digital Age,” and started a digital nomad sensation in Korea.

After leaving journalism, he became a professor at Chung-Ang University and Sehan University. Currently, he is an arbitrator at the Press Arbitration Commission.

“Except for being an arbitrator, I have become a complete freelancer since February,” he says. “It was a decision to do what I truly like and need.”

He says that putting titles aside, his is a profession and not a position.

A position, he says, involves things like salary, personnel evaluations and business cards, which have power only when a person belong to a company and disappears when the person leaves the job.

By contrast, a profession includes intangible assets such as skill, experience, networks and ideas, which have power not only within a company but also outside a company.

In Son’s recently published book, “Tuareg Workers School,” a story about the Tuareg nomads who live in the Sahara, he explores the idea of marrying total freedom and work.

“Like a pastel, people have their own unique color,” he says. “You have to know how to express your colors. I call it power storytelling.”

Son found a new life on his trip to Italy, following in the footsteps of the German writer Johann Goethe.

“I had a flat tire while traveling in a rental car,” he says. “I realized I could start a new life just like replacing an old tire.”

After returning from his trip, he published a book titled “Traveling Italy with Goethe” and wrote a column in the JoongAng Sunday newspaper. Recently, he has been giving lectures across the nation.