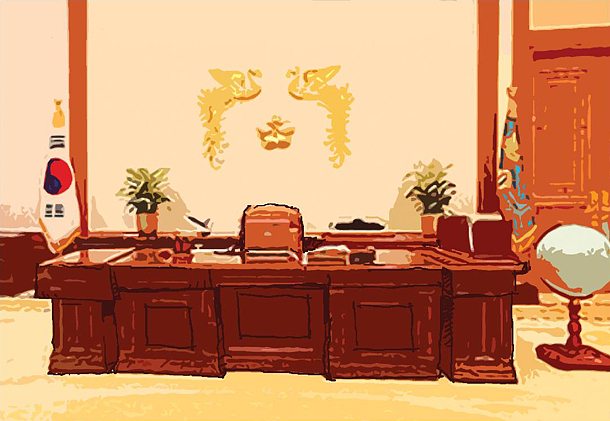 Candidate registration for the May 9 presidential election ended on Sunday. It is a busy schedule for the people, who just escaped from constitutional crisis only one month and a half ago. Facing the turning point of the country’s destiny, where the seriousness of the situation and urgency of the process are overlapping, the people want to listen to the candidates’ frank positions about the choices that our country will soon have to make, before listening to their complicated policies and pledges.

If we have succeeded in protecting the democratic community during the impeachment crisis, that is due to the public consensus that faithfully respecting the Constitution is the most important precondition for protecting the country. Therefore, it is the fundamental duty of the presidential candidates to make a clear pledge to the people that they will respect the Constitution at all costs.

No candidate will dare say that he or she will ignore the Constitution. But all presidents in the history of the country have ignored the Constitution, and the National Assembly, media and the people have allowed such illegalities by calling them a customary practice.

Clause 1 of Article 87 of the Constitution stipulates, “the Cabinet members shall be appointed by the president on the recommendation of the prime minister.”

As we have stressed, this clause intends to institutionally guarantee the Cabinet’s key role in running the government in order to check and supplement the president’s exclusive power. But the people have never heard that the prime minister actually recommended Cabinet ministers.

Making a courageous promise to the people to respect Article 87 of the Constitution or else face impeachment is perhaps the minimum requirement for presidential candidates.

But the presidents and political leaders have all postponed the revision, citing their own reasons. In the April 13, 2016, general election, they faced the people’s desperate complaints.

The National Assembly’s special committee on the constitutional amendment has shown significant progress in creating a revision bill, but the efforts are now slowed down due to the hectic schedule for the presidential election. The candidates must clearly present their plans and timetables for the Constitutional amendment to the voters.

National security will likely be the crucial issue in the upcoming presidential election.

A war cloud is looming over the Korean Peninsula and national security is undeniably the absolute key that will decide the country’s survival before any other issue. It is, therefore, fortunate that many candidates are realigning their campaign strategies to focus on the security issue.

The Korean people have the survival instinct to choose the right path when the situations are desperate. The candidates and the people must remember to have the wisdom and composure to take a far-sighted path to follow the larger flow of history, instead of calculating immediate gains and losses in the face of an urgent crisis. This is an important virtue for the next president to possess.

Internationalism and globalization, led by the United States, gained power in the aftermath of the end of World War II and the fall of imperialism and totalitarianism, but they are now diminishing here in the 21st century. The negative effects and reactions of rapid growth from globalization, particularly the wealth gap between countries and classes and the expansion of terrorism caused by religious and cultural conflicts, are leading the world into deep danger.

Nationalism is gaining momentum and superpowers are increasingly becoming nostalgic for their imperial pasts to shape an era of competition among the new powers. The relations among the superpowers surrounding the Korean Peninsula, particularly the relations between the United States and China today, are a good example of exactly this.

When Korea was stripped of its sovereignty, An Jung-geun and the Korean Declaration of Independence of March 1, 1919, prompted the goal of achieving Korea’s independence and building a future where Asia’s peace and human rights and dignity would be guaranteed. And it still is the vision of our country, aimed at prompting internationalism and international cooperation while preventing the very imperialism and totalitarianism that threaten our freedom and human rights. The upcoming presidential election will have historic meaning because it will be a process of reconfirming which alliance and partner Korea needs to realize our dream of democracy through the people’s participation.