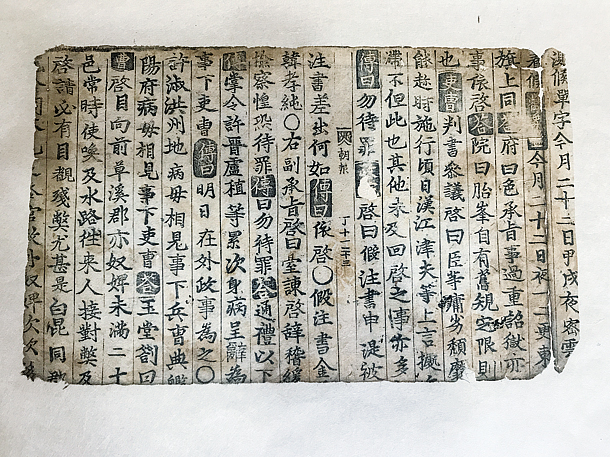 A newspaper piece on Nov. 23 of 1577, in the lunar calendar, discovered by monk Ji Bong of Yonghwa Temple in Yeongcheon, North Gyeongsang. Possibly part of the oldest newspaper ever printed, the piece contains records on the weather and the constellations. [KIM JUNG-SEOK]