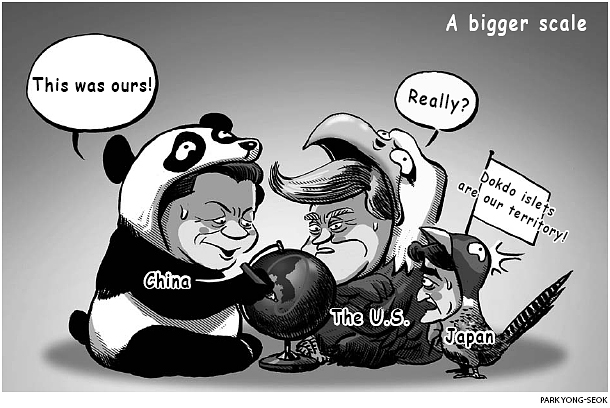 During a summit in Florida with U.S. President Donald Trump, Chinese President Xi Jinping reportedly said to Trump, “Korea actually used to be a part of China.” Japanese Prime Minister Shinzo Abe has been persistently claiming Japan’s territorial right to the Dokdo islets (called Takeshima in Japan) in the East Sea.