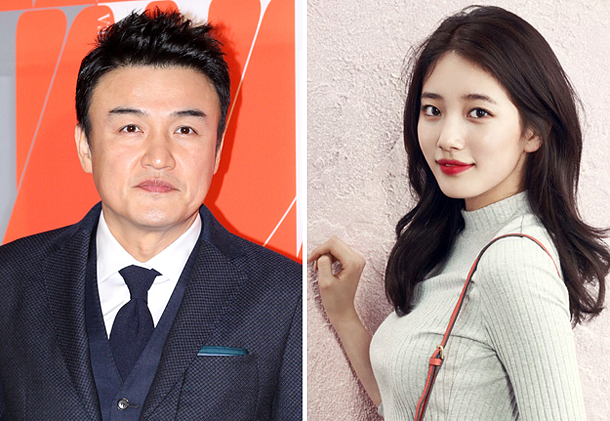 Actor Park Joong-hoon and singer-turned-actress Suzy have been confirmed as the hosts of the 53rd Paeksang Arts Awards.

The Paeksang Arts Awards is hosted by Ilgan Sports, an affiliate of the Korea JoongAng Daily, and highlights the achievements of artists and personnel in the entertainment business. It is often dubbed Korea’s Academy Awards.

Many are expecting a high-quality partnership from the two hosts. Park is currently a DJ for KBS radio program “Radio Star,” while this is Suzy’s second consecutive year as a host for the awards.

The Paeksang Arts Awards is the nation’s only award program that hands out awards to both the film and television industries.

Many are looking forward to the Best Actor categories for both television and film, as household names such as Gong Yoo, Namgoong Min, Park Bo-gum, Jo Jung-suk and Han Suk-kyu have been nominated for television, while traditional heavyweights Kwak Do-won, Song Kang-ho, Yu Hae-jin, Lee Byung-hun and Ha Jung-woo are all nominated.

Controversial figure Kim Min-hee has been nominated for the Best Actress category.