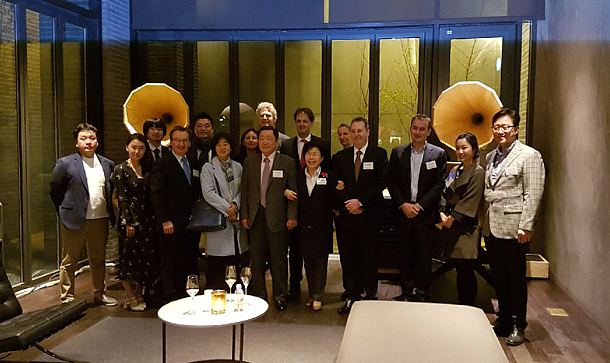 Diplomats to Korea and executives of international companies pose together at ODE Maison, the largest exhibition museum of high-end audio and stereo gear in Gangnam District, southern Seoul, with Park Won-ho, fifth from left, chairman of ODE and the father of pop star Psy, and President of CICI Korea Choi Jung-hwa, sixth from left, after they toured the museum as part of CICI Korea’s cultural awareness program on Tuesday. [CICI KOREA]