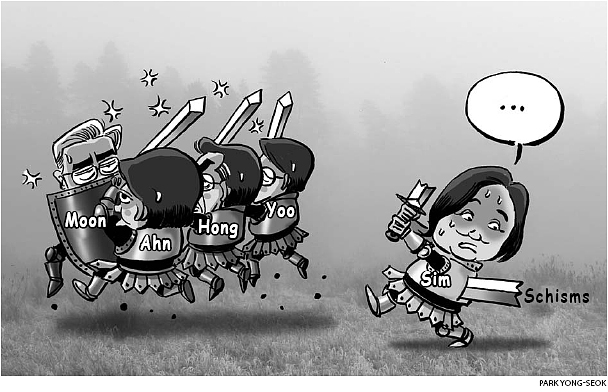 In Wednesday’s debate among five presidential candidates — Moon Jae-in of the Democratic Party, Ahn Cheol-soo of the People’s Party, Hong Joon-pyo of the Liberty Korea Party, Yoo Seong-min of the Bareun Party and Sim Sang-jeong of the Justice Party — the candidates’ attacks were focused on frontrunner Moon. After Sim attacked him despite having a similar liberal background, members of the Justice Party denounced her.