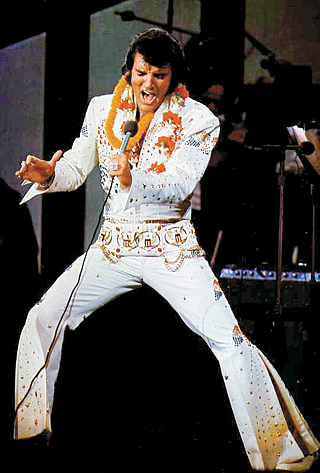 LAS VEGAS - Hundreds of Elvis Presley artifacts and memorabilia are still being held by a Las Vegas casino, a year after the King’s estate filed a lawsuit to get those valuables back from a short-lived exhibit.

Westgate Las Vegas Resort and Casino’s chief operating officer Mark Waltrip said Wednesday that the items “including stage outfits, jewelry and letters, among other artifacts from the career, home and wedding of Elvis” remain locked up at the casino site where the now-shuttered “Graceland Presents Elvis” attraction once stood.

The dispute stems from the 10-year leasing agreement that Westgate alleges the exhibit defaulted on when it vacated the off-Strip casino space.

A judge ruled in May 2016 that Elvis Presley Enterprises, which runs the Graceland attraction in Memphis, Tennessee, could get them back by posting a $9 million bond while the leasing issue was pending.

All parties instead agreed to take the case into arbitration. Waltrip said a judge’s decision is expected in the next month.

Westgate took control of the items in February 2016 when the attraction, which included a museum exhibit, wedding chapel and theater, shut down.

The operator abruptly announced it was quitting, a move the casino suggested was caused by poor attendance and poor marketing and promotional efforts.

Westgate at the time also said that the exhibit was defaulting on its lease. The casino said it spent millions of dollars outfitting the space and was holding the items to recoup money owed as part of the leasing agreement.

The estate responded by filing the lawsuit to retrieve the items that it said Westgate aggressively seized without a legitimate legal basis.

The attraction was open less than a year but had debuted with great fanfare in the same casino where Elvis performed several hundred shows, back when it was known as the Las Vegas Hilton and The International. It was billed as the largest display of Elvis memorabilia outside of his famed Graceland. AP